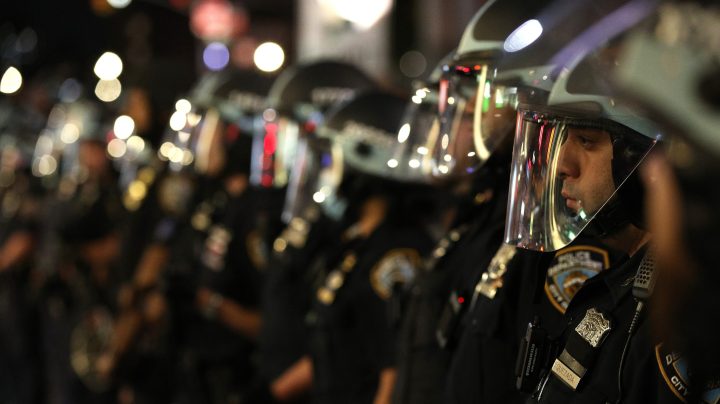 Nationwide protests against police violence following the death of George Floyd have led cities to dole out millions of dollars in overtime costs.

Seattle paid $6.3 million in overtime during the first 12 days of protests, while protests in Los Angeles over Floyd’s death and stay-at-home orders cost the LAPD $40 million in overtime expenses. However, the LAPD said it is not directly paying its officers and instead offering them paid time off.

What other cities have spent on overtime:

Louisville, Kentucky: $3 million from May 28 through June 14

Police spending has drawn increased scrutiny after Floyd was killed by a Minneapolis police officer, with activists calling for the police to be defunded. Since the demonstrations began, some cities have announced plans to divert funds to other needs.

Boston has a new proposed budget for the 2021 fiscal year that would move 20%, or $12 million, of the police overtime budget toward equity and inclusion, while New York City recently announced that it will shift $1 billion away from the Police Department’s 2021 budget of about $6 billion.

And on Wednesday, city leaders in Los Angeles voted to reduce the LAPD’s budget by $150 million. Two-thirds of that funding was supposed to be used for police overtime but will now fund services and programs for communities of color.

Ana Champeny, director of city studies at the nonpartisan, New York–based Citizens Budget Commission, said that in areas like New York City, police overtime is a significant cost. Overtime often exceeds the adopted budget in New York. In 2016, it was $600 million more than the city’s adopted amount, according to the CBC. During that same year, 53% of uniformed employees received overtime that exceeded 20% of their base pay.

“If there’s an arrest at the end of the shift and the officer stays on to do all of the paperwork and the processing, that converts to overtime,” Champeny explained.

Seth Stoughton, an associate professor at the University of South Carolina School of Law and a former police officer, said other reasons for overtime can include responding to calls that end up lasting hours, going to court to testify on days off and working special events such as parades.

“There is some overtime that isn’t really predictable because you never know when an individual officer might get tied up with something,” Stoughton added.

But like in Los Angeles’ case, some of this overtime isn’t being paid directly to officers. If an agency says it’s paying out overtime, some of it may actually take the form of comp time. Under the Fair Labor Standards Act, a state or local government agency can give compensation time instead of cash, but it can’t be at a rate less than one and one-half hours for each overtime hour worked.

“So if an officer picks up four hours of overtime and takes it as comp time, or has to take it as comp time, they’re getting six hours of paid vacation at some point,” Stoughton said. “It’s much cheaper, at least in the short term, because you’re not writing a big check. At the same time, you’re not escaping that money.”

Stoughton added that overtime also benefits pensions. At some agencies, the officers’ pensions might be based on an average of their highest-earning three or five years, which can include overtime pay.

John J. Donohue III, an economist and law professor at Stanford University, said this practice has received criticism, with many municipalities across the country struggling with pension requirements that emanate from agencies such as police departments.

“This has become a constant issue in different departments where the police union might be pushing for rules that allow police officers to file a lot of overtime in the last year to really get that salary up,” Donohue said.

“Those are the kinds of changes we’ve advocated for,” she said, “but they require negotiation between unions and the city because all of these work rules are really spelled out in collective bargaining agreements.”