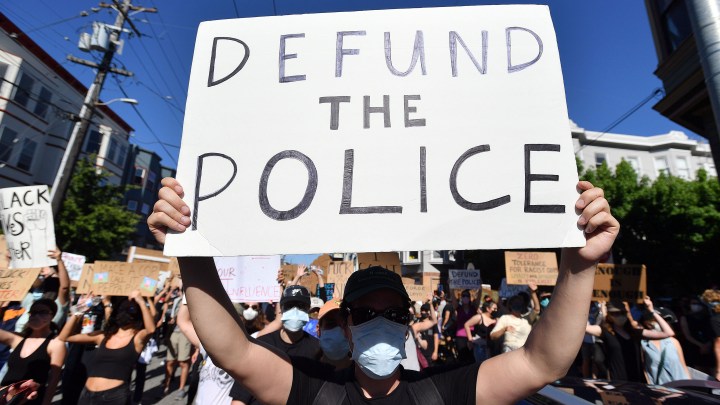 After the police killing of George Floyd in Minneapolis, there are calls from around the country to “defund the police,” as some protesters put it. They want cities to shift big money into programs that improve the livelihoods of, and investing in, communities of color.

Los Angeles Mayor Eric Garcetti says his city will do just that. With thousands of protesters outside City Hall Wednesday, Garcetti announced $250 million in cuts across all departments of the city. A large portion of those cuts, $100 million to $150 million, would come from the police department.

The Los Angeles Police Protective League, which represents LAPD officers, said cutting that much funding on the scale proposed would be “dangerous.”

Marketplace’s Nova Safo has the latest on this story. He spoke to “Marketplace Morning Report” host David Brancaccio, and the following is an edited transcript of their conversation.

Nova Safo: The cuts amount to at most 8% of the LA police department’s existing $1.86 billion budget.

David Brancaccio: Los Angeles is the first big city to make this move in response to these protests. Do we know more about how other cities are responding?

Safo: There’s been a range of responses. Just this week, the mayor of Philadelphia proposed increasing the police budget. In Minneapolis, the school district canceled its security contract with the police department. Over in Austin, Texas, later today, we’re expecting protesters to urge city officials to essentially do something similar to what Los Angeles is proposing.