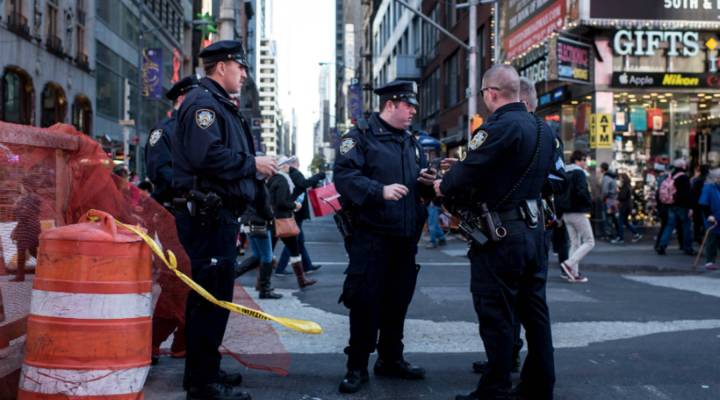 Police in Boston, Los Angeles, Chicago and other cities are taking extra precautions as a result of fatal attacks on officers in Dallas and Baton Rouge. The New York Police Department said its officers will patrol in pairs for the foreseeable future.

“We will see that, if it does, show up in the numbers over the next few months,” she said.

But she also said it’s too early to know if extra patrol officers will mean more overtime.

“But if it does, New York City will adjust its budget,” she said.

New York City determines its budget annually, but officials reevaluate how they’re spending money every quarter. That way, when a city has to adjust its priorities, it can.

Tracy Gordon, senior fellow in the state and local finance initiative at the Urban Institute, said when that happens, a city has to trim from other parts of the budget.

“It’s just a question of trade-offs,” she said. “If you want to spend more in one area, you have to spend less in another area, and you’re deciding between categories like schools versus police on the street.”

No matter how much cities spend on protecting their officers, the job will remain a dangerous one.