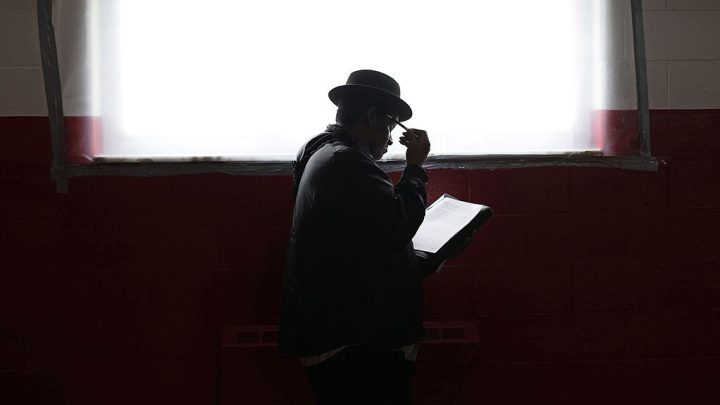 COPY
Forced arbitration could have negative impacts on Black and brown workers the moment they find a job. Joshua Lott/Getty Images
Race and Economy

Forced arbitration could have negative impacts on Black and brown workers the moment they find a job. Joshua Lott/Getty Images
Listen Now

The Economic Policy Institute finds that 65% of companies with more than 1,000 employees have mandatory arbitration procedures — meaning workers must settle employment disputes through a private mediation system, out of the public eye.

The practice that garnered criticism during the #MeToo movement for concealing patterns of sexual harassment in the workplace is again under fire for making it harder for employees to hold employers accountable for racial discrimination.

Marketplace’s Kimberly Adams spoke to Elizabeth Riles, chair of the California Employment Lawyers Association, about how forced arbitration can have an outsized impact on workers of color. The following is an edited transcript of their conversation.

Kimberly Adams: For those who aren’t in the legal field, what is forced arbitration?

Elizabeth Riles: Forced arbitration is when you have just been offered a job, you go to your first day, you’re in your orientation, and you’re presented with an arbitration agreement that you sign — to say that you are agreeing to have any disputes that you have with that employer decided with a private judge, and not in court with a jury. It’s binding, so there’s no appeal from those decisions. And it’s private, so it’s not a public record like it would be in a regular court.

Adams: Forced arbitration agreements got quite a bit of attention during the height of the #MeToo movement. Why is it getting a new level of scrutiny right now?

The other thing is that, a lot of times, the people who are subject to arbitration agreements are low-wage workers — and that is disproportionately women and people of color. And yet the arbitrators are overwhelmingly older white men. And so they’re not getting that jury of your peers that is part of our civil justice system.

Adams: Why do employers say that this is a better system than just going through the courts?

Adams: You are an employment discrimination lawyer. What has been your experience with forced arbitration working with your clients?

Marketplace reached out to the American Arbitration Association for comment. Their statement is below.

The AAA has implemented various procedures aimed at providing a fair and equitable forum for the resolution of employment disputes.  With regard to concerns about the privacy of arbitration, the AAA makes a significant amount of information about employment arbitrations publicly available.   A statistical report that includes information about each AAA administered employment arbitration for the past five years is available from our website by clicking here.  In addition, actual AAA employment awards are published on Westlaw and a number of other websites.  In addition, it is important to note that the AAA’s Employment Arbitration Rules do not impose any confidentiality requirements on parties or their representatives.  To the extent such confidentiality requirements exist, it would be as a result of a term in the parties’ contract or other terms that may have been negotiated separately.

The AAA’s Employment Arbitration Rules also provide all parties an equal opportunity to participate in the arbitrator selection process, and incorporate the terms of the Employment Due Process Protocol. The Protocol was developed by a task force composed of individuals representing management, labor, employment, civil rights organizations, private administrative agencies, government, and the American Arbitration Association. The goal of the Protocol, in concert with the Employment Arbitration Rules, is to provide fairness and equity in resolving workplace disputes.  Some of the key provisions of the Due Process Protocol are:

Employees should have the right to be represented by a spokesperson of their own choosing.

Employees/Individuals should have access to all information reasonably relevant to their claims.

Employees/Individuals and Employers have a right to an independent and impartial mediator and/or arbitrator.

Mediators and/or arbitrators shall have knowledge of the statutory issues at stake in the dispute and familiarity with the workplace and employment environment and shall attend training provided by the government agencies, bar associations, academic institutions, etc.

No party may have unilateral choice of arbitrator.

There shall be full disclosure by mediators and/or arbitrators of any potential conflict or appearance of conflict or previous contact between the arbitrator and the parties.  The arbitrator shall have no personal or financial interest in the matter.

Arbitrators should be empowered to grant whatever relief would be available in court under the law.