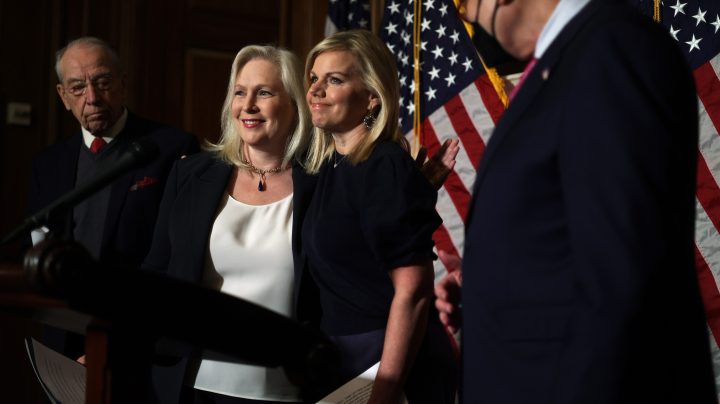 In a rare moment of bipartisanship on Capitol Hill Thursday, the Senate passed a bill that will prohibit forced arbitration in cases of sexual assault and harassment. ​The House of Representatives passed the bill earlier in the week by an overwhelming margin, 335 for and 97 against.

Once President Joe Biden signs the bill into law — which the White House says he’ll do — employers, universities and other organizations will no longer be able to require people to sign away their right to go to court over allegations of sexual misconduct.

“Many people sign employment agreements that contain a provision that requires them to arbitrate any dispute that might arise in the context of the relationship,” said Catherine Fisk, who teaches labor and employment law at University of California, Berkeley.

She said that often people don’t know what they’re getting into by signing them.

“They don’t realize they’re giving up their right to go to court. This bill makes those kinds of contracts unenforceable,” she said.

Arbitration is typically a closed, secretive process. People who go through it aren’t allowed to talk about it.

“Arbitration has an enormous chilling effect,” said Victoria Nourse a professor at Georgetown Law. “The company has a lot of power in setting it up, so that if you are not knowledgeable in the law, you may be just dissuaded from bringing the claim,” Nourse said.

Ending forced arbitration in cases of sexual harrasment and assault is a significant change in labor and employment law, she said. “It’s very important, but it’s not enough,” she said.

That’s because the new law will not apply to other kinds of discrimination or harassment claims, according to Erik Encarnacion at the University of Texas at Austin School of Law.

“So for example, a claim against the employer for racial discrimination or discrimination on the basis of national origin, or a run-of-the-mill contract dispute.” All of those will still be subject to forced arbitration, he said.