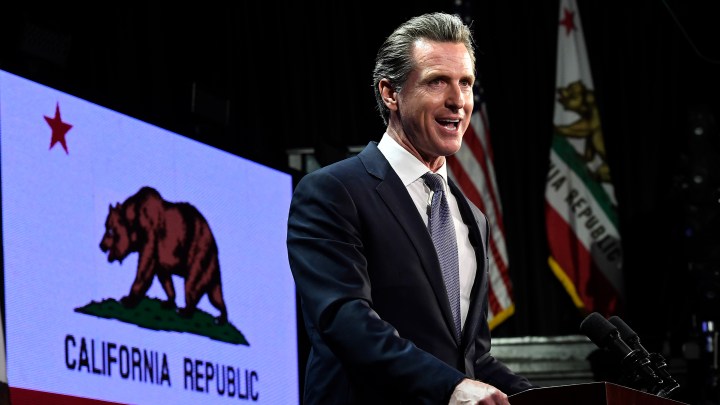 California is giving more workers the right to sue their employers for sexual harassment, discrimination and wage theft.

Gov. Gavin Newsom on Thursday signed Assembly Bill 51, which will outlaw the practice of forced arbitration, which requires employees to waive their right to bring their employer to court for certain violations and instead mandates third-party arbitration. The widespread use of those agreements has come under fire as the #MeToo movement has gained steam.

Thirty years ago, requiring an employee to settle disputes in arbitration was incredibly rare, with less than 2% of the private-sector workforce under the agreements in 1992. But more than half of nonunion, private-sector workers have to sign the agreements now in order to get or keep a job, according to Heidi Shierholz, senior economist at the Economic Policy Institute.

“It is very common in low-wage workplaces, and it is also more common in industries that are disproportionately composed of women and African American workers,” Shierholz said.

Companies say keeping disputes out of court avoids long and costly litigation. But there’s another reason, said Jennifer Haselberger, who once directed arbitration disputes for the Catholic Archdiocese in Minneapolis: “It kept messy employment disputes out of the public eye.”

Because arbitration is often kept secret, the practice has increasingly come under scrutiny for its role in silencing workers and perpetuating a culture of abuse. Research also shows it’s more likely to favor businesses and award less money than a court jury.

“I think there was really a sense of betrayal, because the system is really stacked against the employee,” Haselberger said.

California joins a growing list of states, including Washington, New York and Massachusetts, that have attempted to put an end to forced arbitration. But those efforts have faced legal challenges from businesses, and the businesses have been winning, according to Deepak Gupta, a Harvard lecturer and attorney who has argued arbitration cases before the Supreme Court.

“The Supreme Court has made it really difficult for the states, or really anyone other than the U.S. Congress, to solve this problem,” he said.

Last month, the House of Representatives passed legislation that would ban this type of forced arbitration across the country, but it hasn’t been taken up in the Republican-controlled Senate.