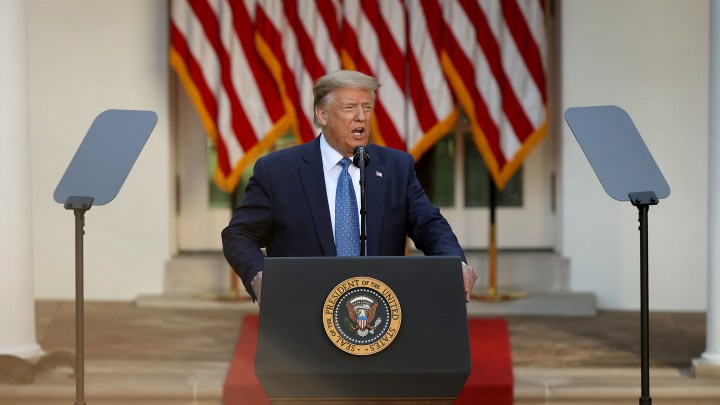 President Donald Trump has issued a new executive order allowing federal agencies to bypass requirements from some environmental laws. The president says this about energizing the economy, but environmentalists disagree.

Marketplace’s Nancy Marhsall Genzer has the details. The following is an edited transcript of her conversation with “Marketplace Morning Report” host David Brancaccio.

David Brancaccio: What do environmental groups have to say about this?

Marshall-Genzer: They say these environmental reviews are important because they give people who would be affected by, say a new pipeline going through or near their community, a chance to have a say in the project. We spoke with Samantha Gross, a fellow at the Brookings Institution, about this:

“Studies have shown that COVID-19 is harder on people who’ve been exposed to environmental pollutants. So, in response to this, we’re going to roll back a law that potentially protects people from greater pollution?”

Brancaccio: So will these environmental laws just be rolled back, by this executive order?

Marshall-Genzer: No – it won’t be that easy. Gross says there’s no question that this executive order will be challenged in court. She says environmental groups will bring lawsuits to put a stay on it, to prevent it from going into effect.