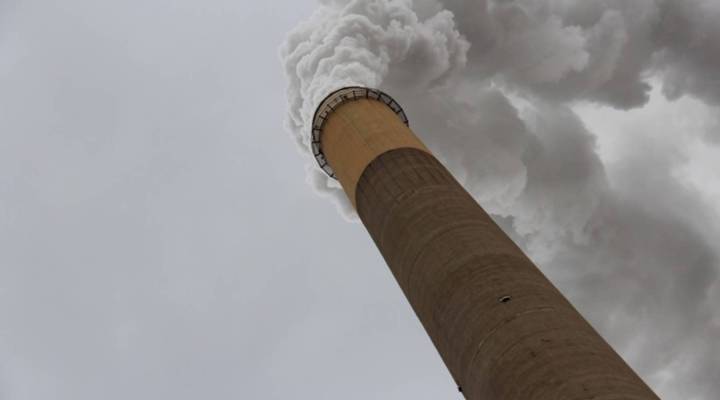 Sulfur in coal is a big cause of air pollution. Reid Frazier

Sulfur in coal is a big cause of air pollution. Reid Frazier

WASHINGTON (AP) —Fines for illegal pollution have plummeted under President Donald Trump, according to analysis by an environmental advocacy group.

The Environmental Integrity Project looked at that civil penalties paid by polluters during the first six months under Trump. The group published an analysis Thursday that found penalties were less than half their levels under each of the past three presidents.

A spokesman for the Justice Department said Thursday it continues to “vigorously enforce” environmental laws.

The report’s authors cautioned that six months represent only an eighth of a presidential term but said the early news is neither encouraging nor surprising. Trump and his Environmental Enforcement Agency chief, Scott Pruitt, have complained that federal regulations are often too onerous and stifle the growth of American businesses.

“President Trump campaigned on a promise of ‘law and order,’ but apparently law enforcement for big polluters is not what he had in mind,” Eric Schaeffer, executive director of the Environmental Integrity Project, said in a statement. He previously served as director of EPA’s civil enforcement office under both Clinton and Bush.

“If this drop-off in environmental enforcement continues, it will leave more people breathing more air pollution or swimming in waterways with more waste,” Schaeffer said.

The group did not include settlements for pollution cleanups agreed to as part of the federal Superfund program, cases that can often drag on for decades.

The comparison between presidential administrations is more stark when figures are adjusted for inflation. For example, the $25 million in civil penalties under Clinton in the first half of 1992 would equal more than $43.5 million in today’s dollars.

The Justice Department did not dispute the study’s numbers, but a spokesman said figures for civil penalties do not tell the full story because they do not include fines from criminal prosecutions.

The $40 million fine Abueg cited was finalized in April as part of the sentencing of Princess Cruise Lines over the illegal dumping and concealment of oil-contaminated waste from its ships. However, the settlement, the largest ever in such a case, was actually negotiated under the Obama administration and announced in December — the month before Trump took office — as part of the company’s guilty plea to felony crimes in federal court.