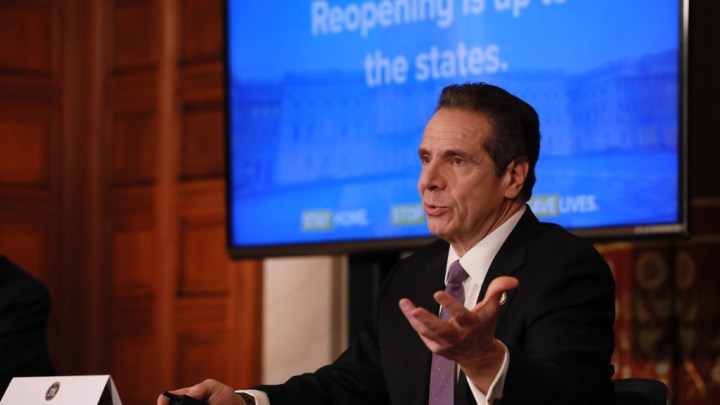 COPY
No part of the state will be allowed to open attractions that would draw lots of outside visitors. Matthew Cavanaugh/Getty Images
COVID-19

No part of the state will be allowed to open attractions that would draw lots of outside visitors. Matthew Cavanaugh/Getty Images
Listen Now

Marketplace’s Nancy Marshall-Genzer is following the details of the plan.

Here’s what we know:

The following is an edited transcript of Marshall-Genzer’s conversation with Marketplace’s Kimberly Adams.

Nancy Marshall-Genzer: Gov. Cuomo said Sunday that New York will reopen in phases. Construction and manufacturing firms will be the first businesses to open because they’re less likely to spread the virus. A second phase includes companies that are more essential, and those with a low risk of infection in the workplace. Businesses have to come up with plans to protect customers and workers, and lower the risk of infection.

Kimberly Adams: And what about New York City which has had the most cases in the U.S. so far?

Marshall-Genzer: It’s going to be on a slower timeline. A lot depends on hospitalization and infection rates. And Gov. Cuomo says he’s going to coordinate things like public transportation, and reopening parks and beaches, with neighboring states.

Adams: And what’s the timing here for the rest of the state?

Marshall-Genzer: Gov. Cuomo says upstate communities could open back up after May 15. Once a region of the state sees a two-week decline in hospitalization for COVID-19 it can start a gradual re-opening. But Cuomo says there will be two weeks in between each phase to be sure there isn’t a spike in infection rates and hospital admissions. 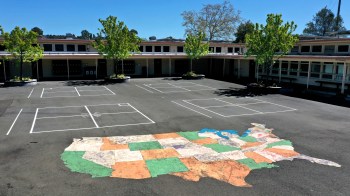