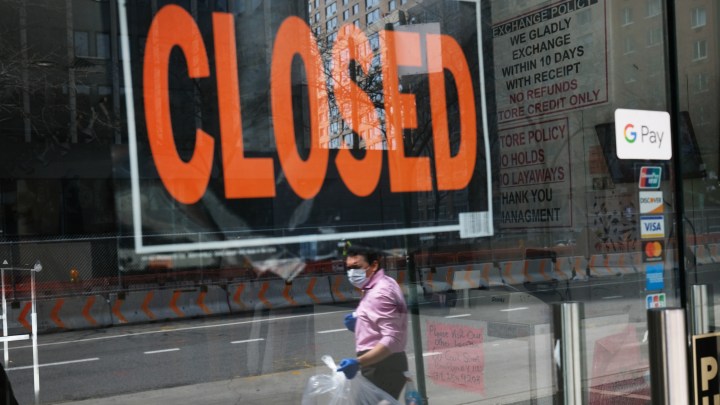 COPY
Self-employed workers are eligible for new federal pandemic unemployment benefits, but some have not yet been able to apply. Spencer Platt/Getty Images
COVID-19

Self-employed workers are eligible for new federal pandemic unemployment benefits, but some have not yet been able to apply. Spencer Platt/Getty Images
Listen Now

Update: For many states, Pandemic Unemployment Assistance, for which the self-employed now qualify through the end of July, is still unavailable.

Per Vox: “Washington, Massachusetts, Georgia, and Alabama are among the states already accepting PUA applications, but many other states haven’t yet announced the dates for when they’ll have their program set up and ready for workers to file.

“The best way to find out how to apply for your state’s PUA program — what the status of it is — is to visit your state’s unemployment website.“

For self-employed workers, the path to getting benefits for lost work due to the COVID-19 pandemic is especially confusing. This includes people who receive income reported on federal 1099 forms, independent contractors, freelancers, gig workers — and sole proprietors who are themselves their one and only employee.

Brooke Wetzel runs her own florist business in Los Angeles. She works alone, and since mid-March she’s had no orders and no income. She’s been looking for help from federal and state programs.

“The information’s super-confusing,” Wetzel said. “We apply for this, we don’t qualify for this or that.”

She applied for unemployment, but received a letter in the mail that said her “award was zero.”

Congress’ Paycheck Protection Program is providing small business loans that can be forgiven if the money’s used to keep paying employees.

That program ran out of money last week. But Katie Vlietstra at the National Association for the Self-Employed says if the Paycheck Protection Program funded again, self-employed people will be eligible.

“If you’re using it for payroll and ancillary expenses, it will be forgiven,” Vlietstra said.

But, she adds, business owners should document every penny they spend on salary and expenses, just in case.