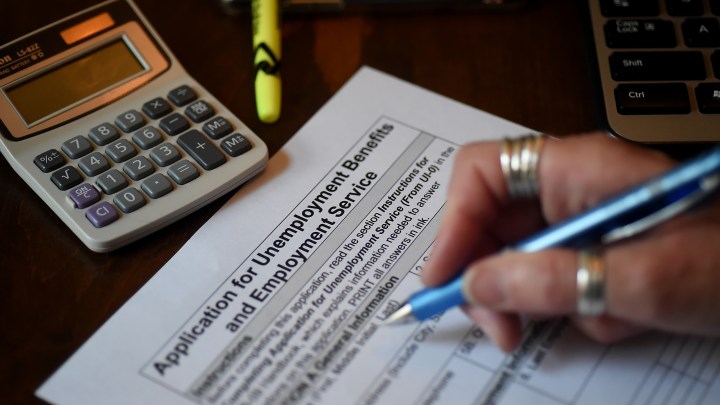 On Thursday morning, the Department of Labor shared that another 4.4 million people signed up for unemployment in the week ending April 18. American workers filed a shocking 26.5 million first-time claims in the last month, according to the seasonally adjusted numbers, driven by pandemic layoffs.

How far can these checks go for those out of a job?

More than 1 million Texans have applied for unemployment. Amber Bradshaw is among them.

She and the team she manages at a furniture store were furloughed last Friday. She expects to get $521 per week on unemployment, plus $600 per week in federal pandemic benefits.

Enough to cover her bills? “For me it is, and for my staff it will be also,” Bradshaw said.

But benefits might fall short for her relatives in California, where the cost of living is higher. And benefits vary widely, says Michele Evermore at the National Employment Law Project.

“You see anything from $213 on average in Mississippi, to $555 in Massachusetts,” Evermore said.

The average nationwide is $370. Add that to the pandemic benefits and it totals $970, about the same as the average weekly pay of Americans nationwide.