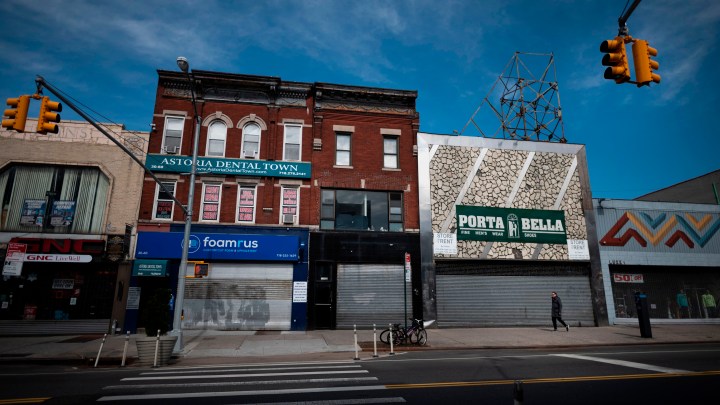 COPY
There's bipartisan agreement over the fact that there should be more money available, but members of Congress are at odds on how to get it done. Johannes Eisele/AFP via Getty Images
COVID-19

There's bipartisan agreement over the fact that there should be more money available, but members of Congress are at odds on how to get it done. Johannes Eisele/AFP via Getty Images
Listen Now

One of the key programs created by Congress to help small businesses and their workers get through this crisis is almost out of cash. The $350 billion Paycheck Protection Program has processed more than 1.6 million loans so far.

These are loans aimed at keeping workers on the payroll that are forgivable — so they become grants if a business meets the criteria. And members of Congress are at odds about how to get more aid to businesses.

Marketplace’s Amy Scott shared the details with “Marketplace Morning Report” host David Brancaccio. The following is an edited transcript of their conversation.

Amy Scott: Construction, professional and technical services and manufacturing industries have received the biggest share of money, more than $30 billion each. There are concerns that some of the hardest hit businesses like restaurants and hotels aren’t getting enough help. The geographic differences break down as follows: Texas and California, the two biggest states by population, have seen the most money. But New York, especially hard hit by the virus, came in fourth, behind Illinois.

Most loans have been $150,000 or less, but that goes fast. The Small Business Administration says it’s processed “more than 14 years’ worth of loans in less than 14 days.”

Brancaccio: What is Congress going to do now that this pot has essentially been depleted?

Scott: There is bipartisan agreement that there should be more money. Republicans want another $250 billion for the program, but Democrats want more strings attached, like specific help for women- and minority-owned businesses Also, there’s the problem of actually passing anything, with Congress working from home right now and unlikely to come back to Washington until next month.