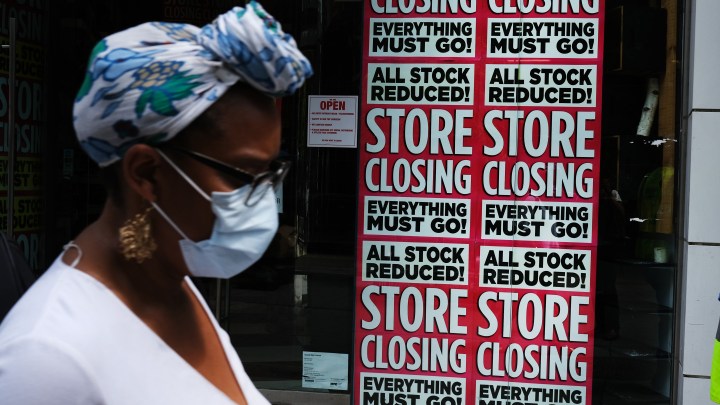 COPY
Unemployment benefits are running out for people who have been out of work for six months. Spencer Platt/Getty Images
COVID & Unemployment

Unemployment benefits are running out for people who have been out of work for six months. Spencer Platt/Getty Images
Listen Now

“The problem in the recent data is that we’ve had people unemployed for quite a while, and the regular state benefits start to expire,” he said.

Each state runs its own unemployment system and determines eligibility and benefit amounts. But no state lets people stay on those benefits for more than 26 weeks.

“If you’ve been out of work for six months, it’s hard for you to find a job,” said Andrew Stettner, senior fellow at The Century Foundation. “So we do think a lot of those people are still unemployed. Some of them are going onto extended benefits, but they’re not showing up in those state claims.”

Which could be one reason state claims are continuing to go down.

One of those extended benefits, Pandemic Emergency Unemployment Compensation, which was included in the CARES Act, provides 13 additional weeks of unemployment insurance once someone has exhausted their state benefits.

“And that’s gig workers, self-employed,” said Eliza Forsythe, assistant professor of economics at the University of Illinois. “There’s a whole lot of different people that are eligible through this PUA program that typically are just completely left out of the system.”

People can be on PUA for up to 46 weeks in some states. The program is scheduled to expire at the end of the year.