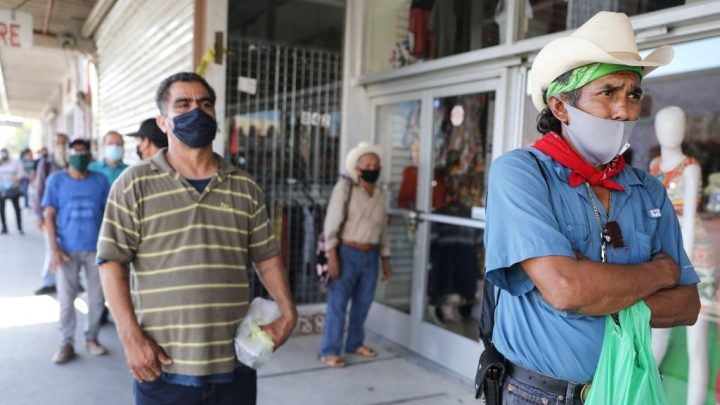 The unemployment benefit system is complicated, even more so after the CARES Act set aside federal money to expand the system in response to the COVID-19 pandemic. But there’s an acronym you might see more and more, if you’ve watching weekly jobless numbers: PEUC. But what exactly is PEUC? Marketplace host Kai Ryssdal spoke with Marketplace labor correspondent Mitchell Hartman to get the essentials.

What is PEUC, and how is it different from other unemployment benefit programs?

So there’s regular state unemployment insurance. And that’s what you usually get. You’re laid off by your employer, it’s no fault of your own, you get on those benefits. Now, regular benefits usually run out after 26 weeks. But of course, this isn’t ‘usually,’ right? We have the pandemic. So Congress added PEUC. It stands for Pandemic Emergency Unemployment Compensation, and it lets people extend their time on unemployment. It adds 13 more weeks of unemployment checks after the 26 regular weeks run out, and that will run through the end of December. It is fully paid by the federal government.

Is the program working?

We’re up to about 2 million people right now who are getting the extension. That’s up from a million and a half at the end of August. But it doesn’t look like nearly as many people are getting on the 13 week extension as are running out of the regular 26 weeks of unemployment. Nationally, in the most recent week, about a million people stopped getting regular state unemployment, but only 150,000 got on the federal PEUC extensions.

Why aren’t there more people enrolled in PEUC?

We’re just running out of the 26 weeks [for ‘regular’ state unemployment], so this is all kind of new, and the states are scrambling. It seems like some states are doing pretty well. California and Massachusetts are making sure people know they’re about to run out, [and] it’s easy to get on the federal benefits. But there are other states where you may have to reapply [after initial benefits expire]. People are waiting weeks. And it does also seem like, at least initially, a lot of people are getting denied being put on the extension, which doesn’t seem to make sense because the requirements, the qualifications, are exactly the same as for the state benefits, and it’s paid for by the federal government.

What happens when the program expires at the end of the year?

After that, anybody’s guess. I mean, it’s all federal money under the CARES Act. All of this stuff is going to run out at the end of the year. 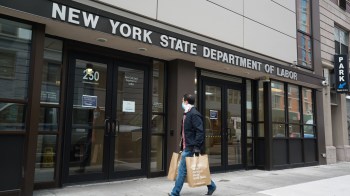