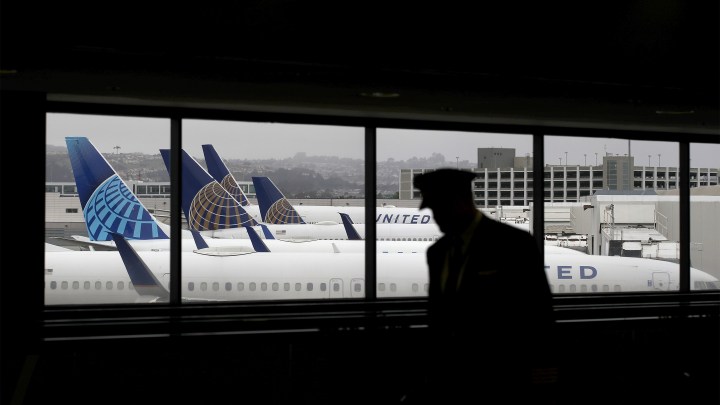 The travel industry has been hit hard by the movement restrictions imposed to help control the spread of COVID-19. This week we’re hearing more about just how bad it is for the airlines and what they’re doing to try to weather this downturn.

United revealed Monday it lost $2.1 billion in the first quarter of this year. Delta, Southwest and American are expected to release their numbers this week.

The federal CARES Act set aside $25 billion for passenger airlines, but that will only keep them going for so long.

The International Air Transport Association, or IATA, said the shutdown due to the coronavirus is worse for plane travel than any previous event, including 9/11 and the Great Recession of 2008.

“It’s the industry’s darkest time,” said Perry Flint, a spokesperson for IATA. He said globally, demand will be down 48% for the whole year compared to 2019.

“And passenger revenues will be down $314 billion,” Flint said.

Airlines in the U.S. have started to agree upon conditions for getting billions of dollars in government support. The Treasury Department sent the first $2.9 billion out on Monday. Richard Aboulafia, aviation analyst at Teal Group, said that will tide airlines over, for a while.

“They look like they’re in good shape for a few months, but of course there are going to be big questions after that if you don’t see additional tranches of assistance,” he said.

Airlines have a lot of fixed costs like payments on leased aircraft, terminals and maintenance facilities, Aboulafia said. The federal money comes with the condition that it’s used to pay employees and not furlough anyone until September 30.

Dawna Rhoades, professor of strategy at Embry-Riddle Aeronautical University, said airlines are anticipating having to make cuts to schedules, and that could mean layoffs later.

Like the rest of the economy, the airline industry is waiting to see how deep this downturn goes and what the recovery looks like.