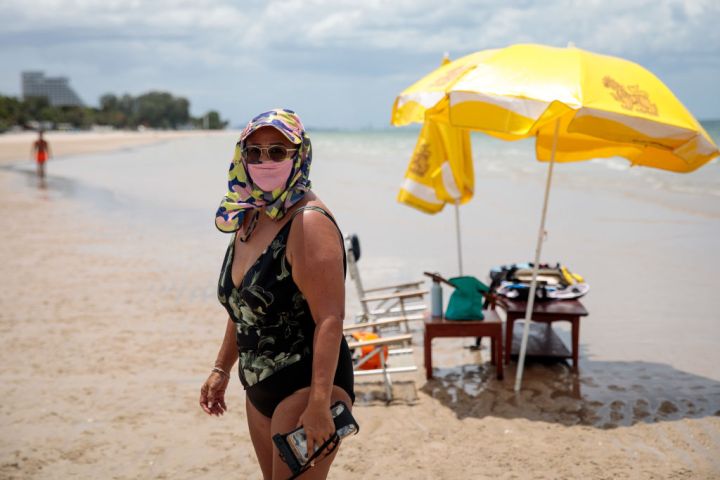 As every U.S. state starts some sort of relaxation of their stay-at-home rules, and people venture back out to local businesses, some are thinking longer term, and farther afield. Airlines are reporting that bookings are creeping back up, and cancellations have dropped, at least for domestic travel.

Despite that limited sign of confidence, there’s no chance that this summer will be a normal season for vacations either in the U.S. or internationally. But that doesn’t mean a trip will be impossible.

“People will have the option to travel, but they’re going to have to be smart about it,” said Michael Sheridan, who studies hotels, attractions, and tourism at Temple University.

Sheridan is expecting to see vacationers opting to take vacations closer to home, where they can control their exposure to other people, and possible transmission of the coronavirus. Low gas prices mean taking road trips, renting RVs, and opting for off-the-beaten-path destinations are likely to be popular. People are also likely to opt for well known hotel chains, rather than smaller establishments or house rentals, said Sheridan, in search of guarantees of cleanliness. “With chains they know there are brand standards.”

Air passenger numbers are still just a tiny fraction of normal, but airlines are starting to talk about adding back some of the routes they cut in mid-March, as COVID-19 swept the world, obliterating any demand for travel.

That does mean for the more adventurous, air travel will be possible this summer, even if it is a very different experience than usual. A recent international survey by IATA, the international airline trade group, showed 60% of people who had flown in the last nine months expect to do so again within one or two months of the containment of COVID-19. They were not without concerns though; 86% were worried about being quarantined while traveling.

The need to isolate on entering a country will remain a limiting factor on destinations. The U.K. for example is planning to introduce a two week isolation period for international arrivals. “That’s basically a do not enter sign,” said Perry Flint, who heads up communications for IATA. “The average traveler does not have 14 days to cool their heels.” It effectively limits travel to that country to people returning to the U.K. after being stuck abroad, or entering long term. Not vacationers.

IATA sees air travel, and far flung vacations, recovering in a three-phase process. First, domestic markets will restart as mobility restrictions are lifted. So flights between American cities will increase in frequency. Then short-haul international travel will restart, so between countries in Europe, Asia, or Latin America. The third stage is long-haul flights.

Flying internationally will take some careful research. Airlines are selling flights for June, July, and August to international destinations, but those countries may still have limitations on travel, including quarantines for people arriving from certain areas.

IATA has an online, interactive, map which prospective travelers can use to check the latest regulations for their intended destination. “It’s updated every day,” Flint said. “The situation is so fluid.”

Some countries are looking to resume tourism as soon as possible, as part of rebooting their economies. “Our message is we will have a tourist season this summer,” European Economic Affairs Commissioner Paolo Gentiloni, told the BBC. “Even if it’s with security measures and limitations.”

“It’s still a work in progress,” said Ilkka Kivela, VP for strategy and innovation at SITA, a technology company that provides IT for airlines and airports around the world. Kivela is leading a team looking at how much travel is likely this summer.

“There is a clear need to try to start to open the borders, especially in countries or states where the local economy is heavily dependent on tourism,” he said. The European Commision says tourism provides 10% of the zone’s economic output, and millions of jobs.

Spain, Italy, Greece, parts of the Carribean, and Mexico, are making plans to welcome vacationers in search of sun, sea, and sand. But the experience is likely to be very different from the usual packed shores. Most authorities are requiring some form of social distancing on beaches. One Spanish resort is reportedly going to take reservations for a spot on the sand, via an app.

Planning travel away from home in 2020 will take more preparation than usual. There are delays and backlogs due to government offices around the world having been closed. Visas are taking longer to issue. And check the validity of your passport early because renewals could take longer too. Don’t assume that just because somewhere is marked open online, or even takes a reservation, that all is normal, Sheridan said. “Call your destination, check airlines are still flying, ask if hotels are welcoming guests, check what the policies and procedures are.”

The biggest unknown is how quickly travelers will come back to newly reopened destinations. It’s possible that there will be some bargains, as airlines and resorts look to attract people. But if they’re operating at a reduced capacity, to give people more space on planes, on rides, and in restaurants, that could actually drive prices up. There will be a lot of messaging about sanitation, masks, health checks, and social distancing, designed to reassure travelers. There’s a chance that could suppress demand, reminding some people that the coronavirus is still a present threat.

Even as people stuck at home fantasize about foreign destinations, and spend a portion of the workday browsing beach hotels online, reduced demand for travel is likely to be the new normal for some time. IATA doesn’t see plane passenger demand surpassing 2019’s levels until 2023.