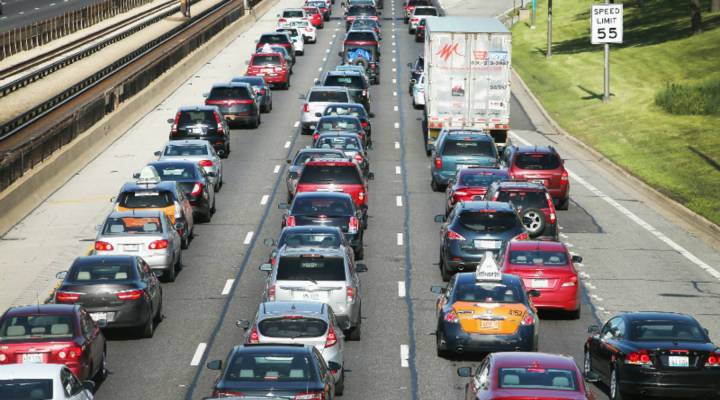 COPY
Travelers are expected to spend about $12 billion over the holiday weekend. Scott Olson/Getty Images

Travelers are expected to spend about $12 billion over the holiday weekend. Scott Olson/Getty Images
Listen Now

More than 38 million Americans will travel over Memorial Day weekend, according to the American Automobile Association. That’s the highest number in more than a decade.

Turner Batten, 26,  is one of those travelers. On Friday morning, he hit the road for North Carolina with his lab, Chipper. Batten is making the drive from Florida to spend time with his family and “relax, visit friends, play golf,” he said.

Batten, who hasn’t been home for Memorial Day in four years, said if gas prices were even a bit higher, he’d probably pass on the trip.

“I would probably either fly or just not go,” he said.

Patrick DeHaan, an analyst with GasBuddy.com, said Americans have a greater appetite for travel than they did between 2011 and 2014.

“With the cheapest gas prices that we’ve seen in some 10 years – during the summer months that is — I  think a lot of motorists have had some pent-up demand,” DeHaan  said.

Motorists may also have some extra cash too; Americans have already saved more than $15 billion on gas this year compared to the same period last year, according to AAA.

Jonathan Grella with U.S. Travel Association said travelers are expected to spend about $12 billion over the holiday weekend, up 1.2 percent from last year.

“But a hiccup in any way can obviously have a shock wave throughout the system,” he added.

Some of those potential hiccups: bad weather, security concerns and long lines at the airport.