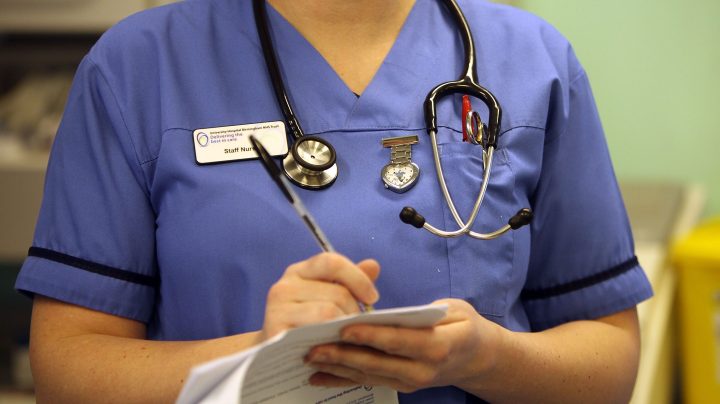 COPY
Women make up for 78% of workers in the health care sector. Christopher Furlong/Getty Images

Women make up for 78% of workers in the health care sector. Christopher Furlong/Getty Images
Listen Now

The Bureau of Labor Statistics is releasing the January jobs report at the end of this week. Last month, women achieved a milestone in employment, as they outnumbered men in payroll jobs for the first time in nearly a decade.

“Marketplace” host Kai Ryssdal spoke with Claire Cain Miller from the New York Times about the downside to women’s gains in the workforce — jobs dominated by women remain underpaid.

Sectors like health care and social services gained thousands of jobs in December alone. Women make up more than 70% of workers in both industries.

Jobs dominated by men, like mining and manufacturing, shrank in December. Despite these trends, Cain Miller said men aren’t likely to take a job in a female-dominated industry.

“Sociologists have said there are a few markers of masculinity,” Cain Miller said. “One of them is not doing anything feminine, and another is earning a good income. Taking a job that mostly women do sort of breaks both of those.”

This resistance to female-dominated jobs contributes to their relatively low wages, according to Cain Miller. She said improving the benefits, hours, and pay of jobs like health aide and teacher would help both men and women.

“Men would be able to take advantage of this economy by doing those jobs,” she said. “The women who mostly do these jobs now, their lives would become better too.”