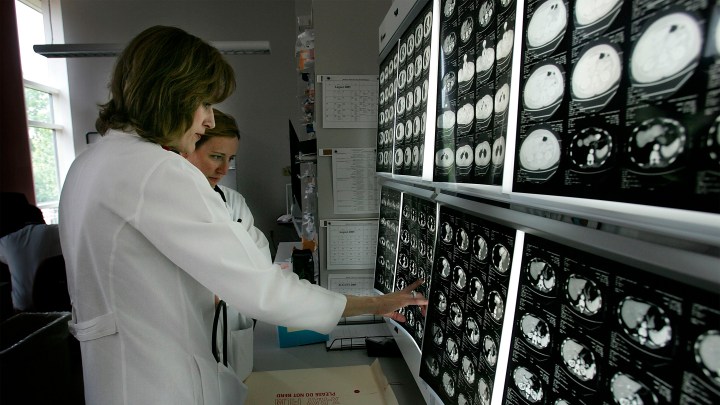 For the first time in almost a decade, women are working more jobs than men. There are some caveats: It doesn’t include farm workers or people working for themselves, who are mostly men. Overall, men are still more likely to work outside the home. But this is a big change in the workforce that could have lasting consequences for the workplace.

This has happened before. In June 2009, women overtook men on non-farm payrolls, and it lasted almost a year.

“That’s a story in which men were losing jobs rapidly, and women were the remainders in the labor force. So they kind of became the majority by default,” said economist Betsey Stevenson at the University of Michigan. She said, for the first time, “that majority has been the result of female gains in employment, not male losses.”

In the last year, Stevenson said, employers added 600,000 men to their payrolls. And 1.5 million women. This is partly due to the kinds of jobs employers are creating, less in manufacturing and more in services like education and health care.

“But I think, at the same time, we really want to look under the hood about the quality of the jobs, and where those gains are,” said Debra Lancaster, executive director of the Center for Women and Work at Rutgers University.

She said most health care positions are low-paying personal care and home health aides. “And those individuals tend to really struggle with supporting their families on a single job,” Lancaster said.

But as women take over more workplaces, and rise in the ranks, employers will respond, according to Joseph Brusuelas, chief economist at consulting firm RSM.

“The whole notion of employment that’s largely been organized around the needs of men since the second World War is likely to change very quickly,” Brusuelas said.

Expect to see more flexibility, better benefits and a smaller wage gap between men and women.