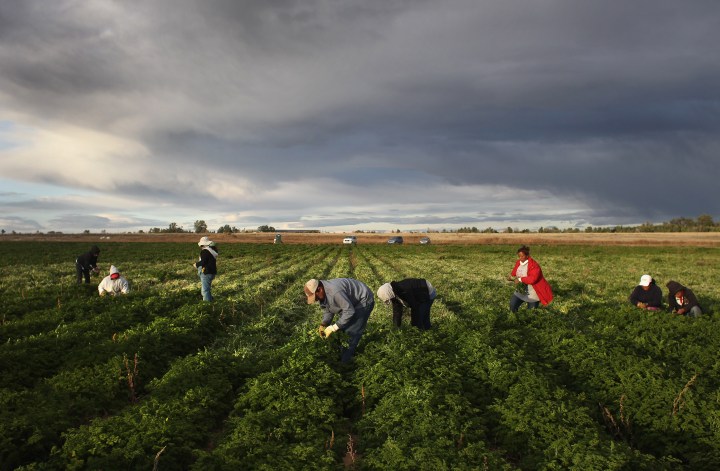 Look, the economy is complicated and it moves fast. News breaks and headlines don’t always tell the whole story. That’s why we’ve launched a new series where we take it back to the basics. It’s called “Kai Explains.” In this installment, monthly jobs numbers, or the Employment Situation Summary.

On Friday morning, the Bureau of Labor Statistics will release September’s Employment Situation Summary, often referred to as the jobs report. In a world of economic indicators that can seem abstract, this is one people see in their everyday lives. It tracks how many jobs are created and what the unemployment rate is every month, among other things. So what do you need to know about the monthly summary?

The monthly jobs numbers don’t just come from a survey. Instead, the summary compiles two surveys that the BLS sends out every month to track what’s going on with employment.

The first survey is the payroll survey, which goes out to a sample of American businesses. This is how we find out how many jobs were created in a month and what’s going on with wage growth.

“It encompasses about 140,000 businesses,” said Sarah House, chief economist at Wells Fargo. “That reflects the experience of about one-third of employees.”

3. The household survey is from the perspective of the American worker.

That’s where we get the monthly unemployment rate from. Every month, the Bureau of Labor Statistics calls up more than 60,000 American households to ask some of their more than 200 questions.

“They’re going to ask you if you worked during the week that contained the 12th of the month for pay,” House said. If you weren’t working and were searching for a job, you get counted as unemployed.

The household survey also accounts for people the payroll survey misses — people who don’t work for companies. That includes freelancers, housekeepers and some agricultural workers.

4. Take the number of jobs created with a grain of salt.

“The BLS is only 90% confident that the number they report on Friday will be within 100,000 of the actual job change we saw that month,” House said. Often, the revisions come from the businesses being surveyed.

“Some of them don’t get the information in on time,” said Tara Sinclair, who teaches economics at George Washington University. “So the following two months they update the payroll employment numbers.”

Correction (Oct. 4, 2019): The audio version of this story misidentifies the university where Tara Sinclair teaches. She’s an associate professor at George Washington University. A correction was made on air.