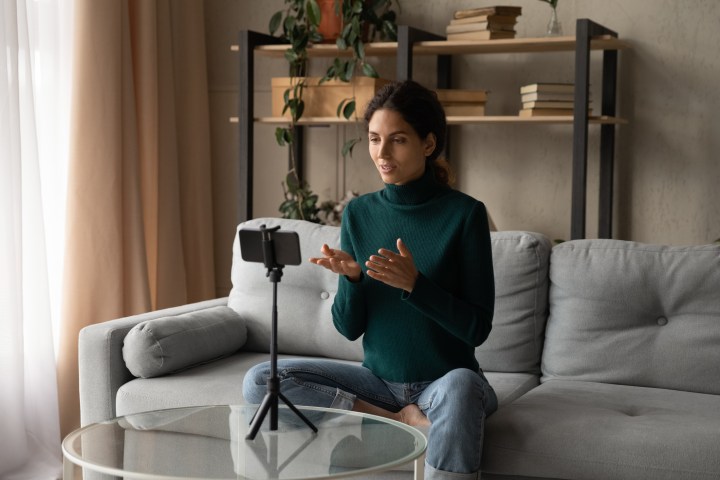 How are Youtube/Twitch and other internet platform content creators counted in jobs reports? Are they included in the Labor Force Participation Rate?

To find out how certain employees are counted (or not counted) in the Labor Department’s trove of data, you first have to find out how they’re classified. Content creators who make a living through platforms like Twitch, YouTube and TikTok are mostly self-employed, said Eliza Forsythe, an assistant professor and labor economist at the University of Illinois Urbana-Champaign.

So the short answer is they would indeed be included in some metrics within the jobs report, like the Labor Force Participation Rate. Bureau of Labor Statistics Press Officer Gary Steinberg said this metric takes into account those who are self-employed. That rate is “the percentage of the population that is either working or actively looking for work,” according to the BLS.

But creators wouldn’t be included in those common headline figures you see quantifying how many jobs were gained or lost by the thousands. Steinberg said the self-employed are excluded from this count. The technical term for that is “total nonfarm payroll employment,” and like the name implies, you have to be on an employer’s payroll to be included.

Forsythe that the only case where these content creators might not be considered self-employed is if they work for a particular business.

As for how these figures are sourced, the LFPR is based on data from the Current Population Survey, a monthly survey of households from the BLS that also gives us measurements like the all-important unemployment rate, which you can break down by gender, race and age.

Any information from the CPS is included under the section “Household Survey Data” on the jobs report.

However, nonfarm payroll employment data is from the Current Employment Statistics survey. That’s tucked into the “Establishment Survey Data” section of the jobs report, and includes detailed information on how many jobs were lost or gained across different industries.

“They complement each other to give a more complete understanding of the labor market,” Forsythe said.

Forsythe noted that we do typically get higher-quality data from the business, or establishment, side.

“There’s a lot more measurement error on the individual side,” she said.

How many self-employed workers are there?

While it’s not included in the jobs report, the BLS does hone in how many workers are self-employed in a given month.

Given that content creators have the potential to be much younger than 16, is this data undercounting those people? Forsythe said even then, she doesn’t imagine we’d be missing that many people.

“Most people aren’t making money at all on these platforms,” she said, adding that the ones who are earning money aren’t making that much. “So they’re probably doing something else as their primary source of income.”