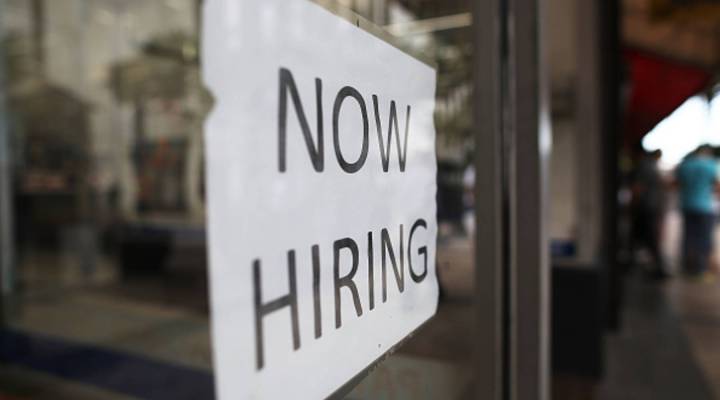 The August jobs report from the Bureau of Labor Statistics is expected to show a continuation of 2019’s predominant labor market conditions: moderate job growth and historically low unemployment. In July, the economy added 164,000 nonfarm payroll jobs, and the unemployment rate held steady at 3.7%, a near-50-year low.

But economist Andrew Stettner at the Century Foundation said job growth has slowed “significantly” compared to last year when the economy was still supercharged by GOP-backed individual and corporate tax cuts.

And it’s likely these average monthly job-growth figures will be revised lower, indicating weaker job creation, when the BLS finalizes its annual benchmark revisions in February 2020. The preliminary report, which is not yet reflected in the BLS’ official statistics, estimated that 501,000 fewer jobs were added to the economy than originally reported from March 2018 to March 2019. If confirmed, it would be the largest downward revision since 2009.

“It’s still growing, but that growth keeps trending down — kind of drip, drip, drip,” he said.

Stettner pointed out that job creation can fall substantially lower than current levels and still be sufficient to absorb new entrants to the workforce — primarily young people leaving secondary school and universities.

But Stettner said that wouldn’t be nearly enough job growth to provide opportunities for unemployed people to get new jobs or to entice many working-age people who have become discouraged and stopped looking for work to give it another try.