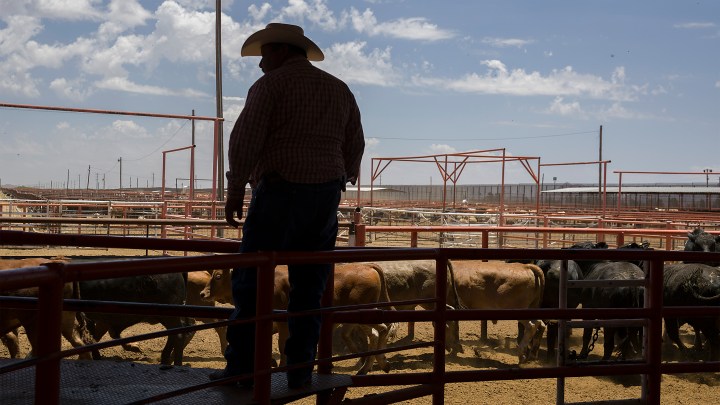 COPY
Economists say some of the pullback in employment last month may be due to uncertainty about U.S. trade policy. Above, workers process cattle near the U.S.-Mexico border in Santa Teresa, New Mexico. Joe Raedle/Getty Images

Economists say some of the pullback in employment last month may be due to uncertainty about U.S. trade policy. Above, workers process cattle near the U.S.-Mexico border in Santa Teresa, New Mexico. Joe Raedle/Getty Images
Listen Now

The May jobs report from the Labor Department was a disappointment across a number of measures:

So is the recovery over?

It is certainly premature to declare the 10-year economic expansion has run its course. But the broad-based multimonth slowdown in the labor market is a sign that the strength we’ve seen — especially in the past year, juiced by the Trump tax cuts — is waning.

It’s hard to draw a direct cause-and-effect line between tariff increases and threats of more to come, and the slowdown in the job market and other parts of the economy that we’ve seen recently. There are other important factors at play, such as the fading of tax-cut-driven fiscal stimulus that juiced economic growth, consumer spending and employment growth in 2018.

But it’s pretty clear from survey data and interviews with business leaders and private-sector economists that some of the pullback in employment over the past several months is due to fear and uncertainty about U.S. trade policy. And there has been measurable weakness in goods-producing business activity (i.e., orders) and employment. It’s what economist Joseph Brusuelas at RSM calls an “uncertainty tax” on businesses.