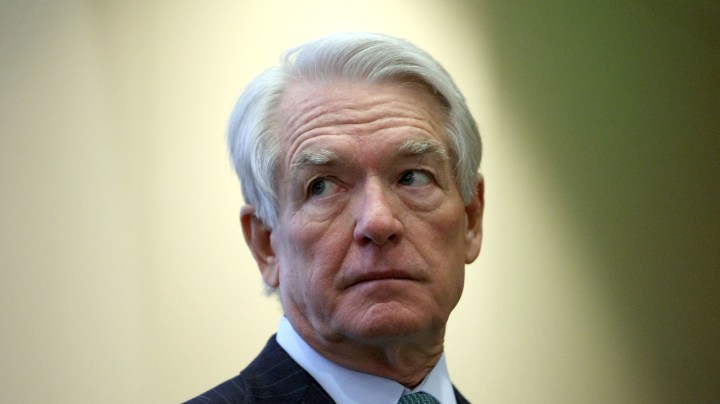 But for Charles Schwab himself, it’s the final step in a history of pushing the downward limit on commission fees. Founder and chairman of the Charles Schwab Corporation, Schwab has now chronicled that record in his new memoir, “Invested: Changing Forever the Way Americans Invest.”

Schwab spoke with Marketplace’s David Brancaccio about building the company and what zero commissions means for their bottom line. The following is an edited transcript of their conversation.

David Brancaccio: You built that company with hard work, taking risk. But you know who did you a favor? I would say it’s the Securities and Exchange Commission.

Charles Schwab: Oh boy, did they ever.

Brancaccio: This was back in the 1970’s, right? Tell people what happened.

Schwab: 1974 when they changed commissions from being fixed, for 200 years, to having it whatever number you want to charge. It just liberated the whole industry, to say the least, and gave us the window to open up and do discounted trades for all those years.

Brancaccio: It was quite a shake-up. A bunch of these New York Stock Exchange brokers went out of business, didn’t they?

Schwab: All those names changed and merged. Fortunately, we continued to grow and ended up picking up a lot of the customers along the way with our lower rates.

Brancaccio: It’s not just about commissions. It signaled a shift which came to full fruition in the late 1980s, but really the 1990s, where people … what?

Schwab: Well, I think there was a development of people who were self-directed investors. They didn’t want to depend upon the sexy stories of the broker of the day with a high commission; they wanted to think for themselves and buy the technology companies of the day. And we didn’t interfere in the decisions they were making. We sort of liberated the investor from all that heavy sales stuff of the past.

Brancaccio: Now, just this month, Charles Schwab, the company — not the person sitting across from me here — announced that it’s cutting the commission on buying and selling stocks to, well, it’s zero.

Schwab: It absolutely is, David. Because of the efficiency that we find with technology, we can lower our costs of doing business and making this final move to zero will cost the company about 4% of revenue. So it’s tolerable.

Brancaccio: You can still make a profit?

Schwab: Well, we can make a profit because we do many other things. We’re sort of a modern wealth management company now.

Brancaccio: Let me ask you something I hadn’t thought I would ask, but it’s something that you’re very candid about: your reading disability. You’re dyslexic?

Schwab: I’m dyslexic, very dyslexic. I didn’t know until my son was diagnosed, and I was about 40. And that was a great “aha” moment for me to understand why I was so slow in reading. I never really talked about it. It was sort of a thing you didn’t want to speak about.

Brancaccio: Do you think it somehow influenced your management style?

Schwab: I’m sure it did, because what I found very early on that I really needed people around me that were actually even smarter than me. I sort of gave up that thought that I had to be an entrepreneur, had to do it all myself. Not true. 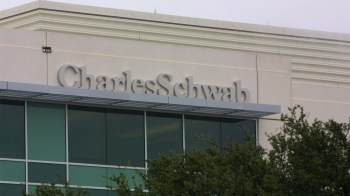 First, brokerages cut commissions. Now they may be bulking up.