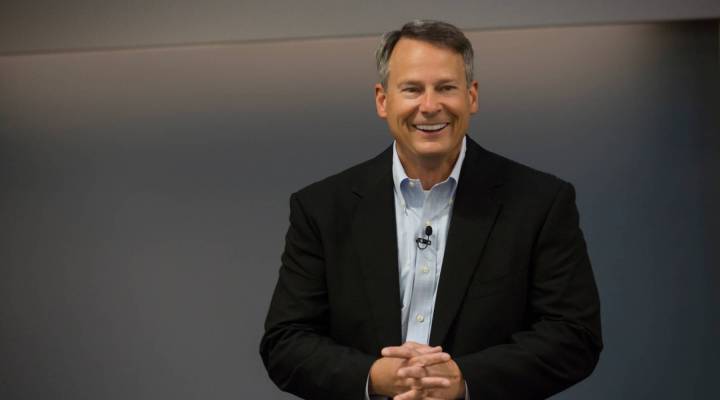 Shortly after taking over as CEO of Charles Schwab, Walt Bettinger found himself in the midst of the financial crisis. It wasn’t the most ideal time to take charge one of America’s largest investment companies, but 10 years later, under his leadership, Charles Schwab has opened millions of new accounts, investing trillions of dollars. But despite record growth, the company still makes less revenue per dollar than its competitors — and that makes Bettinger proud. The following is an edited transcript of his conversation with Marketplace host Kai Ryssdal.

Kai Ryssdal: You’ve been at this company 10 years, which means you took over 10 years ago in the middle of the worst financial crisis this country seen in a generation or more. What were those days like for a financial services company guy?

Walt Bettinger: You know, at that point in time, there was very little that you could do. The outcome that your company would experience as a result of that crisis was more the result of the decisions you made prior to when you were deep in the middle of that crisis.

Ryssdal: So were you going into work every day just kind of hanging on for the ride?

Bettinger: No, it wasn’t quite like that. I think in my first 90 days as CEO, I was successful in having a stock price. There probably aren’t many CEO’s that have made it a decade who are able to achieve that.

Bettinger: Twenty-two, and actually my formal training was as a pension actuary, so I provided consulting services. Eventually that business evolved to where we needed a link between our computer systems and where the money resided. And we linked up with Schwab, and over a few years, we became Schwab’s largest client, and then Schwab acquired my firm a few years after that.

Ryssdal: Your boss, Charles Schwab, who is still the chairman of the board and active in the company, as I understand it, also, by the way, like the second or third CEO I did in this series, lo these many years ago. But anyway, he and you all originated the concept really at scale of discount retail brokerage. I wonder if you look around now and see that everybody’s catching up to you? Because fees are going down and all of those things are happening that have to affect your business.

Bettinger: Well, I don’t think there’s any organization that’s generating the net new asset flows that we are, the new household flows that we are, the new accounts. So I don’t know that I would go so far as to say people are catching up to us. But more people understanding that it is important to not only deliver quality service and quality advice to investors, but also do so at a value that leaves more money in their pocket, that’s a good thing. You know, we’re a large institution, three and a half trillion dollars. We’re focused on building an organization and rewarding our stockholders, communities, employees. But ultimately it all originates with whether we’re doing the right thing by our clients. And I’m a whole lot more proud of the fact that we also generate less revenue per dollar on every client asset than anyone else of size.

Ryssdal: Does your board know you feel that way? That you’re generating less revenue? I mean, come on.

Bettinger: Absolutely. Less revenue per dollar, because what it ultimately means is we’re leaving more money in the pocket of the investor, and it was their money to begin with. I mean, our job is about helping them get outcomes that makes sense. And to the extent we do that, they’ll reward us with more business. I think that’s a whole lot better way to grow than to try to extract maximum revenue from every client. And ultimately, I would say that Chuck would view that as maybe one of the most important legacies of his founding this company over four decades ago.

Ryssdal: How often do you talk to him? Every day?

Bettinger: I just left his office about five minutes before I put the headset on.

Ryssdal: Fair enough. So if business is good, what do you worry about as a guy who, as you said, manages three-and-something trillion dollars’ worth of other people’s money?

Bettinger: Well, certainly the cyber environment is a significant risk for all of us. You’re talking about thousands of attempts every single day to try to access clients’ accounts or access systems. And of course, the financial environment in our country, and really around the world, is predicated to a great extent on trust. And therefore, any organization like ours has to think about cyber at the top of the list.