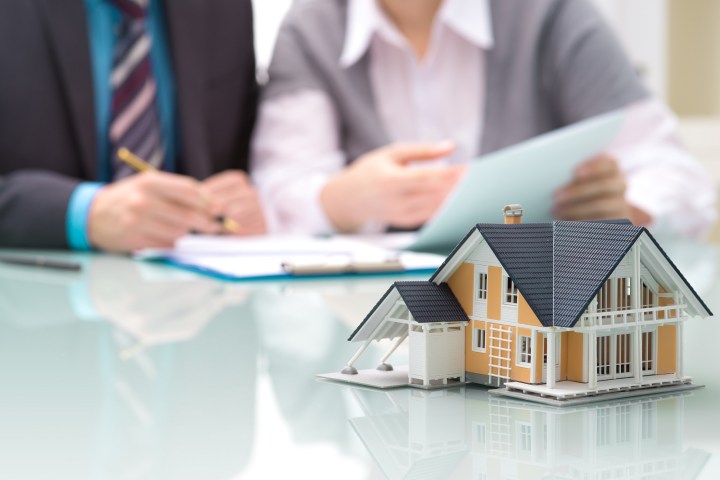 For the third time this year, the Federal Reserve has cut interest rates — a move that can have a real impact on your financial decision-making.

The work of the Fed can seem endlessly complicated and wonky. So we’ve put the question to you: What do you want to know about the Fed and interest rates?

Here are some of the ones you sent in, answered by experts.

1) Why should the average American care about the interest rate set by the Fed?

This question came to us from Daniel Richards in Las Vegas, Nevada. One reason you should care is because interest rates affect the cost of borrowing, said Ann Owen, an economics professor at Hamilton College.

The Fed cutting rates means the interest rates on your credit card loans, car loans and student loans (if they’re variable) — along with your mortgage rate — should go down.

Owen added that another reason to care is because of its broader impact on the economy.

“It’s going to affect the borrowing costs of businesses, also, and when their costs are lowered, they’re more likely to hire people and pay them more,” she said.

2) With lower rates, how are we supposed to save money?

A couple of you, like Twitter user Tim Dewald, were curious about how you can make a return on your savings. While lower interest rates can help with loans, they can also affect how much of a return you’re getting on financial products like certificates of deposit or savings accounts, which, right now, isn’t a whole lot. The nationwide average interest rate on a savings account currently stands at 0.09%.

But when interest rates are higher, you also have to take inflation into account.

“We can go back to the 1970s when interest rates were in the double digits. Yes, you were earning a good dollar return on your money, but because inflation was so high, the real return was not necessarily that high,” said Jennifer Dlugosz, assistant professor of finance at Washington University in St. Louis.

She added that individuals have to make their own decisions about how much risk they’re willing to take and what the right trade-off is for them.

“It is kind of the case that if you don’t like where like risk-free returns are right now, then to get a higher return, you probably do have to take more risk, in one way or another,” she said. “But that’s just a personal preference.”

3) Did the Fed start cutting interest rates because of President Donald Trump?

Trump hasn’t been shy about communicating the direction he wants the Federal Reserve to take, recently telling reporters that he “would like to see a large cut.”

He’s also publicly railed against the Fed’s strategy of raising rates, and had even discussed plans to fire Fed Chair Jerome Powell (whom he appointed) after its December rate hike. Many of you, like Twitter user @kswa1987, wanted to know if the decision to cut interest rates is politically motivated.

Dlugosz pointed out that only people inside the Fed building know for sure what drove the decision to begin cutting rates.

There are reasons the Fed can give that support the argument that its choice isn’t politically driven, Dlugosz said. Which brings us to our next question …

4) If the economy is doing so well, why are we cutting rates?

Several of you, including Andrew Clark, wanted to know why the Fed began to cut rates if the economy seems to be humming along just fine. After all, the Fed typically cuts rates during times of economic downturn.

The June jobs report, meanwhile, showed an increase of 224,000 jobs and a low unemployment rate of 3.7%.

Be that as it may, Owen said there have been warning signs, including an economic slowdown in many countries we’re trading with, concern about the impact of Brexit on the global economy and ongoing trade tensions.

“The other factor to take into account is that other central banks and other countries are also lowering interest rates, and if we allow the U.S. interest rate to get too much higher than the rates of other major central banks, then what could happen is that could actually cause our exchange rate to increase,” Owen said. “That would have a depressing effect on our exports.”

5) What happens if there’s an economic downturn and the Federal Reserve doesn’t have anything left to lower?

During economic downturns, the Fed has typically lowered rates to encourage borrowing and stimulate the economy like we mentioned above. But @1mudpuppy1 wanted to know if the central bank might be reaching the point of no return.

“We’re a little ways away from not having anymore room,” Owen said. “So I think, right now, they’re really contemplating just a 0.25% decrease.”

However, if the rate approached zero like it did during the last financial crisis, Owen and Dlugosz both said that the Fed has other tools available to it, like quantitative easing — a policy of increasing the money supply.

When the Fed makes news headlines for cutting or hiking interest rates, what they’re really referring to is its short-term benchmark interest rate.

“By buying government-backed securities, the Fed gave money to the U.S. government that could then be invested back into the economy,” in the words of Marketplace contributor Jana Kasperkevic.

6) The Fed uses interest rates to keep inflation at a target percentage. How did it arrive at this number?

This question came from JD Anson. The Fed has a 2% inflation target, which is, well, a bit arbitrary.

The central bank’s official reason is: “The Federal Open Market Committee judges that inflation at the rate of 2% (as measured by the annual change in the price index for personal consumption expenditures, or PCE) is most consistent over the longer run with the Federal Reserve’s mandate for price stability and maximum employment.”

But many experts disagree that it’s the ideal target.

“The reality is there is nothing magic about the 2% number,” Owen said. “The most important thing about it is that the Fed consistently says that it’s going to be 2%. The consistency is the important aspect of this because that’s what creates stability in the inflation rate.”

7) Is this cut a preventative measure meant to boost the economy or an indicator that the Fed isn’t expecting a recession?

Liz Zimmerman, based in Oklahoma City, wanted to know the answer to this question. Owen said you can think of the axiom “an ounce of prevention is worth a pound of cure” when it comes to the Fed’s rate cut decision.

“The thinking is that interest rates are very low, so they know they don’t have a lot of room to reduce rates further,” she said.

“In a sense, if they can get ahead a little bit of any type of potential downturn, then they would need to only reduce rates a little bit, rather than responding to a crisis afterwards with a much bigger rate cut.”

Twitter user @sylviaventura was curious as to why the Fed cut rates about a decade ago. During the thick of the Great Recession, back in December 2008, the Fed slashed interest rates to a 0 to 0.25% range — the lowest level in U.S. history — in an effort to stimulate the U.S. economy.

Owen and Dlugosz both said they think the Fed’s actions helped prevent the crisis from worsening.

“The problem is we don’t observe what would have happened if the Fed didn’t react,” Dlugosz said.

Rate cuts are usually intended to help the economy function better, they said. Dlugosz said cutting rates makes it more profitable for companies to make investments and can encourage individuals to spend instead of save, which can have a positive effect on employment and overall economic activity.

9) Is it possible that interest rates could go into negative territory in the U.S.?

Evelyn Orley from Cardiff, California, asked us this one. The Fed could adopt a negative interest rate policy — several European countries and Japan already have.

“There’s nothing to say that the Fed could not set the interest rate below zero,” Owen said. “What that would effectively mean is that if the bank was paying you a negative interest rate, then you would effectively be paying them to keep your money. And I think that people believe that many consumers would actually do that for the convenience of having a bank account, but there’s a limit to that.”

Owen added that if the rate got too negative, people would pull their money out of the banks.

10) There are many metrics to gauge inflation. How does the Fed deal, if at all, with “niche” inflationary pressures, e.g. a situation in which overall inflation is manageable, but certain prescription drug prices skyrocket for some consumers?

This question came to us from Rick Lockett based in Norman, Oklahoma. Owen said the measures of inflation that we use includes the cost of all things consumers purchase.

“So if the cost of prescription drugs goes way up, and consumers are buying them, that will affect the inflation rate,” she noted. “It will affect it as part of the larger kind of basket of goods that consumers buy.” 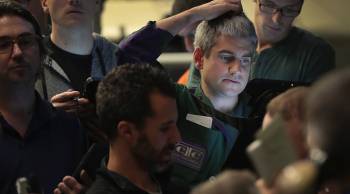 Why should you care when the Fed hikes its benchmark interest rate?