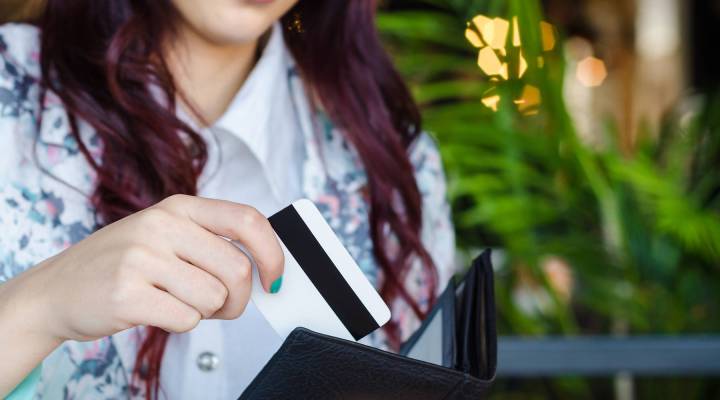 The Federal Reserve has voted to raise its benchmark interest rate for the fourth time this year, fueled by a strong economy.

The central bank decided to raise its short-term rate by a quarter point to a range of 2.25 percent to 2.5 percent and has indicated plans for two more rate hikes next year.

While the aim of these hikes is to cool down the economy, consumers might also feel their effects.

Basically, money’s gotten more expensive, according to Ramona Ortega, the founder and CEO of Mi Dinero Mi Futuro, a financial tech company that empowers Latinas to manage their money.

“The credit card companies or banks borrow money, and when it gets more expensive for them to borrow money, it’s going to pass that cost back down to you,” Ortega said.

But while the Fed influences consumer rates, it doesn’t directly control them, Barrington said, noting that you also have to keep into account other factors, like the steady rise in inflation over the past three years.

Given this changing landscape, here are five ways that the interest rate increases might affect you — or already have.

The Fed hikes could mean greater interest on your savings account, according to Richard Barrington.

But he said it depends on the type of bank that you have a savings account with. Online banks that offer savings accounts — like Marcus by Goldman Sachs and Ally — tend to offer higher interest rates compared to traditional banks with brick-and-mortar locations.

Online banks have been upping their game over the past year, with some rates rising to about 2 percent. Meanwhile, the average rate offered by a traditional branch: 0.08 percent.

That’s because there’s a lot more overhead with at physical branches, which have to pay for real estate, maintenance and staffing, Barrington said.

Ever since the Fed began its streak of rate hikes in late 2015, credit cards are the consumer product that have been impacted the most, Barrington said.

“Most credit cards are not fixed rates. They’re going to change over time, so that’s something you should definitely give a call to your credit card company about,” Ramona Ortega said. “Or look on their site, and ask them what the plan is for any rising hikes in their interest rates.”

Ortega said that people should especially watch out for the rates on subprime credit cards — those that target people with substandard credit histories and carry high interest rates.

“Because subprime credit can disproportionately affect many people of color, interest rate hikes can have a more significant impact,” she said.

“When the rate environment is changeable like it is now, consumers really need to keep their eyes open,” Barrington said. “Your [credit card] rate might go up, but you might find someone who has raised it less than your credit card company has.”

While you might see an increase in mortgages, for example, lenders are trying to assess the rate environment over several decades. But credit cards are a very short-term form of debt, which is why they may be more sensitive to rate changes, Barrington said.

The interest for a car loan has also gone up over the past three years, though it’s been less affected than credit cards.

The average interest rate in the fourth quarter of 2015 for a five-year car loan was 4.05 percent, meaning that for a $20,000 loan, you’d pay $810 a year in interest. The average rate was 4.96 percent in the third quarter of this year, so new car purchasers would be paying $992 a year in annual interest.

“There are so many people with subprime credit that need cars, probably even more so. Those are the folks that need to get to work,” Ortega said. “And so they’re almost going to pay any price to have a car. And so that worries me a little bit, to the extent that how much people are going to go into debt for a car?”

Since the Fed began hiking interest rates in 2015, the average 30-year mortgage rate is up 0.7 percent.

Most people have fixed-rate mortgages, so they’re not going to see their borrowing rates change all of a sudden, Barrington said, noting that these hikes will more likely affect future borrowers.

“The percentage rate hasn’t gone up as much as the credit card rate, but given that mortgages are generally much larger than credit card balances, in some ways it can have more of an impact on somebody who’s just trying to entering the housing market now,” Barrington said.

You might also see the interest rate on your student loans go up, although that’ll depend on the type of loan you have.

The rate on your federal student loan is fixed, while private loans can be fixed or variable.

Private loans are based on the London Interbank Offered Rate, or LIBOR, which usually moves in the same direction as the federal funds rate (the rate the Fed controls with its hikes). So you could end up having to pay a higher rate on it, in part of because the Fed’s interest rate raise.

As of last year, the average variable rate on a private student loan was 7.81 percent.