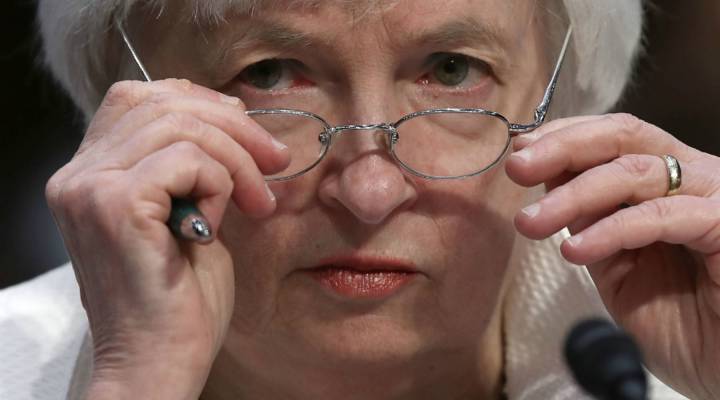 There’s a lot up for discussion when the Federal Reserve meets Tuesday: interest rates, the unemployment rate, GDP growth, productivity and, right at the top, inflation.

For the past 21 years, the Federal Reserve has tried to keep the inflation rate at about 2 percent.  A group of prominent economists and activists are arguing it’s time to rethink that number, in no small part because it’s kind of arbitrary.

“There was no consensus reason why it should be 2 percent instead of 1 percent or three percent,” said Sebastian Mallaby, a historian who’s studied the Fed.

In 1996, when the economy was great, many central banks were trying to figure out the best inflation rate for economic health. The Fed wanted to keep prices stable, but they weren’t quite sure whether they were measuring inflation correctly.

“Having that target today just leaves you less room,” said Jason Furman with the Peterson Institute. Less room to lower interest rates, that is.

For example during the Great Recession, the Fed lowered rates more or less to zero. Furman and other economists argue a higher inflation rate to start would have been like having a fatter brake pad. The Fed would have had more space to lower both inflation and interest rates. It could help workers too.

“When we run a tighter economy associated with a higher inflation rate, wages rise faster than inflation and the share of labor increases,” said Columbia University economist Joe Stiglitz. “Workers do better because it’s a tight labor market.”

On the other hand, higher inflation does have a cost. A higher rate can interfere with businesses and individuals trying to make sense of prices in their everyday lives, said Don Kohn with Brookings Institution  But that doesn’t mean the 2 percent target shouldn’t get another look.

For now though, there are just a few other things in Washington that require everyone’s attention first.