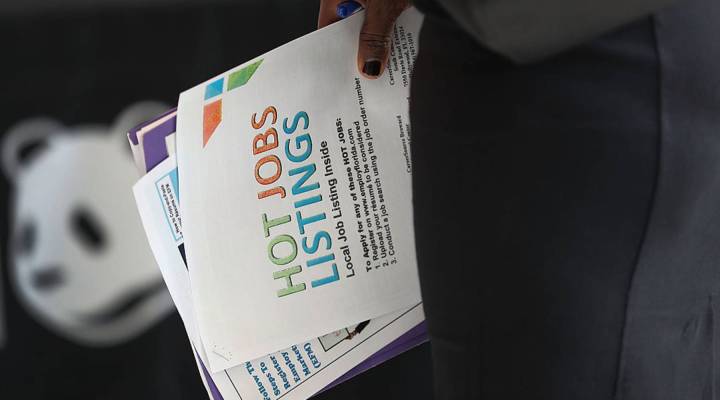 COPY
Strikingly low job growth weighs strongly on the side of the Fed not raising rates in the coming months. Joe Raedle/Getty Images

Strikingly low job growth weighs strongly on the side of the Fed not raising rates in the coming months. Joe Raedle/Getty Images
Listen Now

Data from the Bureau of Labor Statistics shows that job creation held up in professional services and healthcare, but other major sectors failed to deliver, with anemic job growth in manufacturing, mining, leisure and hospitality, retail, finance and government. Construction payrolls fell by 31,000 — harsh weather in February could have dragged down those numbers.

February’s meager gain in non-farm payrolls is offset by an outsized increase in January, a number that was revised upward in this report, to 311,000, from a first estimate of 304,000. But February’s meager number means average monthly job gains have now fallen to 186,000 for the past three months, well below the 220,000 monthly average achieved in 2018.

The unemployment rate fell 0.2 percent to 3.8 percent, the lowest level since October 2018 (and before that, April 2000). The decline in unemployment was partly driven by furloughed federal workers getting paychecks again in February. They would likely have been counted as unemployed in the BLS household survey in January.

The total (U-6) unemployment rate fell sharply, to 7.3 percent in February from 8.1 percent in January. The U-6 counts as “unemployed” discouraged, marginally-attached and involuntary part-time workers, in addition to those who have actively looked for work in the past four weeks. Total unemployment is now at its lowest since 2000, and a further indication that the U.S. labor market remains very tight.

The story on wages is a happy one, however, at least for workers. Average hourly earnings continued their slow, steady climb, rising 0.4 percent month-over-month and 3.4 percent year-over-year, compared to 0.1 percent and 3.2 percent, respectively, in January.

With wage increases continuing to accelerate but little indication that price inflation or inflation expectations are rising, the Federal Reserve has room to hold pat. The near-flatlining of job creation in February weighs strongly on the side of the Fed not raising interest rates any further in the coming months, as policymakers wait to see if February’s employment falter is just a blip, or the beginning of a more significant and sustained downturn in job creation. 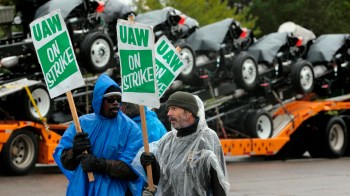