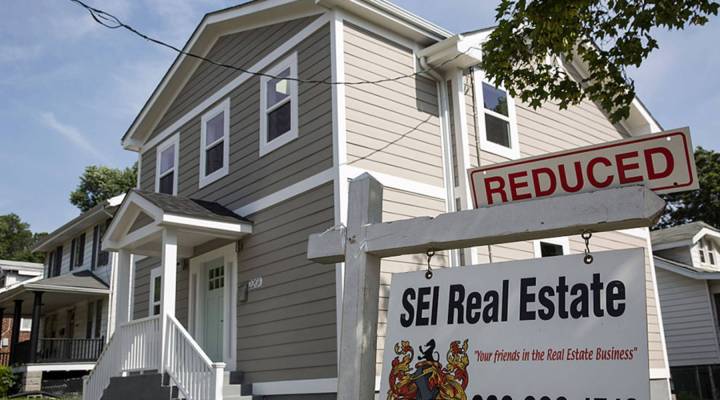 If you’re in the market to buy a home, you might find the latest S&P CoreLogic Case-Shiller index somewhat reassuring. Home prices are still rising, according to the closely watched measure, but those prices are rising at a slower clip. The national index rose 6.2 percent in June compared to a year before. That’s a shade lower than the increase in May, which was slightly lower than in April.

All real estate is local, as they say. In Las Vegas, prices were up about 13 percent year over year in June and about 11 percent in San Francisco. Prices rose only about 4 percent in New York and 3 percent in Washington, D.C.

In tony Montclair, New Jersey, agent Diane Russell with Stanton Company Realtors has noticed a change. Last year a house in the low $600,000 range might have received 12 offers, she said. This year, she’s seeing more like four or five.

“Now, they’re still really good offers —  well over ask — but it’s not the craziness that we were seeing last year,” she said.

Less “crazy” is far from a downturn, but rising interest rates may be taking some of the air out of the market, said Craig Lazzara, a managing director at S&P Dow Jones Indices.

“As rates go up, obviously housing becomes less affordable, and that will cause demand to increase at a less robust rate,” he said.

Some sellers are getting the message. Zillow, the real estate website, said more owners lowered their asking prices in June. The market is due for a reality check, said Sam Khater, chief economist at Freddie Mac.

“The acceleration in home prices were outpacing incomes, so I think the slowdown is a good thing for homebuyers,” he said.

A few months’ data do not a trend make, cautioned Christopher Thornberg with the research and consulting firm Beacon Economics.

To a first-time buyer looking to get into the market, though, even a wiggle may feel like progress.