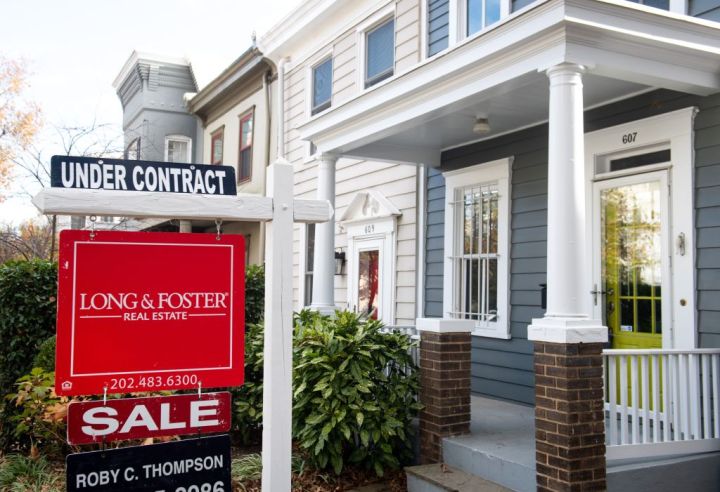 We got more numbers Tuesday showing just how hot the housing market has been. The S&P CoreLogic Case-Shiller National Home Price Index, which measures home price changes in major cities across the country, rose almost 19% in June compared to the same time last year. That’s the biggest annual jump in home prices since 1987.

Home prices are now up 41% since 2006 — remember, the year before the housing market melted down and took the economy along with it? Economists seem to be mostly in consensus that we’re not seeing a repeat of that bubble.

Does this sounds familiar?

​”Literally within moments of somebody putting a house on the market, they were getting offers like this, and it was sold within, like, an hour,” said Kama Burton, a real estate broker in California’s Inland Empire, east of Los Angeles.

What she just described wasn’t yesterday; it was 2005.

And within just three years, Burton said “homes were abandoned. Grass is dead, windows are broken, people are squatting …”

The housing bubble PTSD is widespread in the exurbs of Los Angeles that were hammered by foreclosures, Burton said.

Prices in the region are up 26% since last year. But she keeps telling buyers, “Hey, look, you’re the reason we’re not going to crash again.”

“Their jobs are still stable … and people are doing what they can afford,” explained Burton.

The term “subprime mortgage” is mostly a relic of the late aughts, you know, like Tumblr or good Kanye West albums.

Jessica Lautz with the National Association of Realtors said millennials with good credit scores are what’s driving the market now.

“They remember watching their parents, watching family friends, go through the boom and the bust,” said Lautz.

“We’re seeing signs that the market is beginning to cool just a little bit, and by cool I mean house price growth is slowing, not that prices are going to decline,” Glynn said.

Take away record-low mortgage rates and flexible work from home policies, and you might even see a housing market correction on the horizon. Maybe not a crash, but a soft landing.