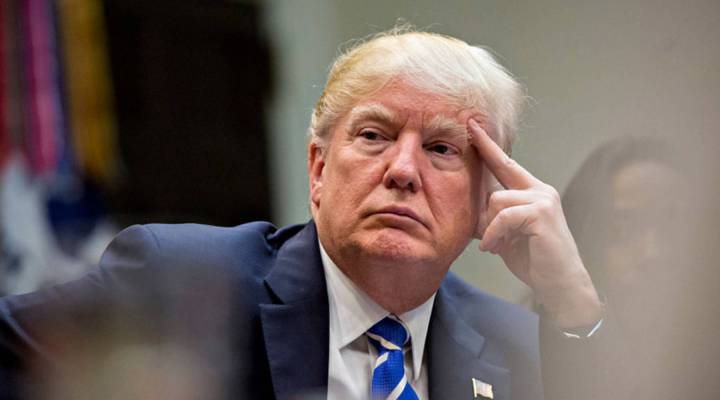 Thousands of foreign investors are about to descend on a conference center in suburban Maryland for the fifth annual SelectUSA Investment Summit. Beginning Wednesday, they will spend three days being wooed by states and cities looking to get their investment dollars. Foreign investment in the United States hit $3.7 trillion in 2016, the last year for which there is government data. But that was before Donald Trump became president, before the country was staring into a trade war and before a crack down on immigration made an already tight labor market even tighter.

All those changes could make it harder for places like Fairfax County, Virginia, to lure new foreign investors. For years, Fairfax County pretty much sold itself, with its low taxes, great public schools and proximity to Capitol Hill and the Pentagon. But this year, Fairfax isn’t leaving anything to chance. The county’s Economic Development Authority will be running a bus tour for potential investors the day before the summit starts. Gerald Gordon, head of the authority, will have an entire half day to make his pitch.

On a dry run, he talked up the county’s business climate.

“We have 10 Fortune 500 headquarter operations,” he said as the bus passed Intelsat and Volkswagen North America. Gordon also highlighted Fairfax’s “extraordinary workforce for information technology and other technologies,” as well as two big airports nearby and a population that is very diverse. Just about half of Fairfax residents are “people from outside the United States — different ethnicities, different national origins,” he said.

Gordon has also prepared himself for tough questions about things like tariffs, labor shortages and difficulties obtaining visas for high-skilled workers. But, he says, in the end, “I think these companies are resigned to going through whatever they need to get through in order to be in the United States,” Gordon said. “So they‘ll deal with it. They’d rather not, but they will.”

Some foreign investors do feel that way. Andre Kudelski heads the Kudelski group, a Swiss cyber-security firm with offices all over the United States, including a big office in Phoenix that opened recently. Would he have continued expanding in the U.S. if he knew then what he knows now?

“The main driver for our expansion is how the U.S. economy is performing,” he explained. In other words, yes. Kudelski will be at the investment summit. So will Jonas Swarttouw, CEO of the Dutch company NewCold. It’s building a $90 million, highly automated cold-food storage facility in Idaho.

“So we’re developing one of the most advanced cold storages you can imagine,” he said.

Swarttouw’s storage is used by U.S. food processors, who export their products. Swarttouw is worried about what’s happening with trade.

“As far as they sell their goods outside the USA, and their business is impacted by the NAFTA and the trade wars, of course we may be impacted by that,” he explained.

Hyunwoo Eric Chung doesn’t share that enthusiasm. Chung is a marketing team leader at Posco, a South Korean steelmaker with plants in Alabama and Indiana. Posco imports steel from South Korea and processes it for U.S. manufacturers, who turn it into car parts. But Posco is facing quotas and tariffs. The new Indiana plant isn’t running at full capacity. In fact, it’s losing around $200,000 a month. Chung said Posco’s management would not do it all again.

“The management definitely would not go for putting this investment here if they knew about what’s happening right now,” he said.

But Chung said he still might go to the SelectUSA summit to make contacts, not scout for deals. At this point, foreign steel is a nonstarter. Jan Rogers, CEO for Regional Economic Development for Eastern Idaho, will be looking to attract investors in tech and certain types of agriculture to her state. She said she’s not that worried about trade — yet.

“I don’t know that it keeps me up at night, but it’s on the radar for sure,” she said.

And Rogers thinks she may have discovered a way to turn the tariffs to her advantage — by reminding international investors that if you make it and sell it in the United States, you don’t pay a tariff.