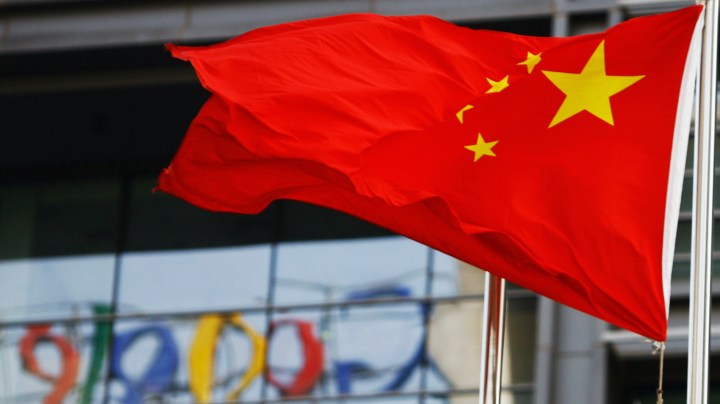 COPY
Buying a company is a way for foreign firms to access technology, but if the technology is sensitive, that can pose a national security threat in the view of the U.S. government. Li xin/AFP via Getty Images

Buying a company is a way for foreign firms to access technology, but if the technology is sensitive, that can pose a national security threat in the view of the U.S. government. Li xin/AFP via Getty Images
Listen Now

Over the past few years, the United States government has increased its scrutiny of foreign acquisitions of American companies and the export of certain technologies. That scrutiny has been particularly heightened when the buyer is Chinese. It’s a trend that is expected to continue under the Biden administration, but it’s not without economic cost.

Attorney Chris Griner, chair of national security and compliance practice group at Stroock & Stroock & Lavan, has seen that trend first hand. He represents companies when they have to go before CFIUS, the Committee on Foreign Investment in the United States. That’s the government office that vets foreign acquisitions of American companies.

Griner remembered one tech company whose acquisition by Chinese investors was rejected by the committee.

“The client keeps going back to the Chinese investors, and I say ‘Why? You know you just got turned down, why are you doing this?’ They say, ‘Well they’re offering three times the value of the company.’ So maybe we have to think about, is this a real business deal [or] what’s behind that?”

Buying a company is a way for foreign firms to access technology. But if the technology is sensitive, for instance artificial intelligence or quantum computing-related, that can pose a national security threat in the view of the U.S. government. That’s particularly true if the buyer is in China or has links to the Chinese military.

“There were some legitimate security concerns about the types of technology the Chinese were acquiring and how they would have an impact on Chinese military capabilities,” said Adam Segal, director of the Digital and Cyberspace Policy program at the Council on Foreign Relations.

In 2018, Congress expanded CFIUS. At one point it had four employees; it now has upward of 50. Its largest division is now sifting through deals that have already been completed to make sure none got through that shouldn’t have.

“The pandemic has expanded the focus of CFIUS to consider things that previously might not have been thought of as national security,” he said. For example, pharmaceuticals and even real estate, which could be near sensitive sites.

Separately, the Commerce Department has also started to pay closer attention to what the United States exports to China. For instance, it blocked the export of certain supercomputers in early April out of concern they would build up Chinese military technology.

The increased scrutiny has led to an intended chilling effect. Chinese foreign direct investment in the U.S. has slowed since 2016.

“We know the direction this is going,” said James Lewis, a senior vice president at the Center for Strategic and International Studies. “It’s toward greater splitting of the supply chains. But if we do it the wrong way, we’ll hurt ourselves.” U.S. and Chinese supply chains are deeply intertwined, he said, and disentangling them too far is also a risk.

“When you talk to American chip companies or equipment makers, they feel like they need to sell to China to keep their revenue streams that lets them do the R&D for the next generation of technology,” Lewis said.

So, he believes, as the Biden administration completes its review of U.S. supply chain vulnerability, it will have to consider just how far decoupling should go.