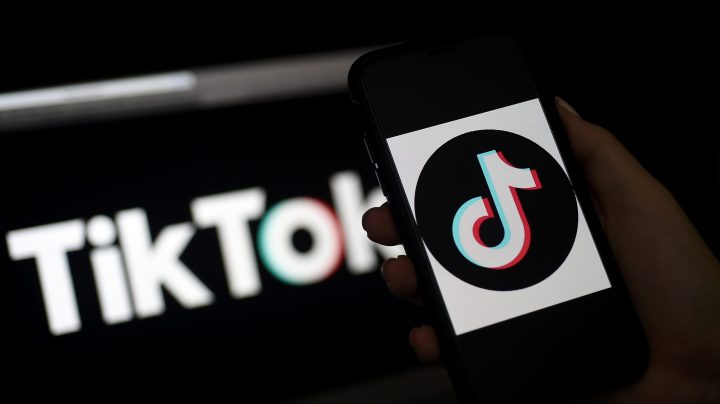 Trump has given the TikTok sale a deadline of Sept. 15. Olivier Douliery/AFP via Getty Images
TikTok

Trump has given the TikTok sale a deadline of Sept. 15. Olivier Douliery/AFP via Getty Images

President Donald Trump has called for the popular social media platform TikTok to be sold to Microsoft or another American company by September 15 — otherwise, it will be banned  in the U.S.

Trump added that the Treasury Department should receive a portion of the proceeds from the sale.

In a corporate blog post, Microsoft said it “will move quickly to pursue discussions with TikTok’s parent company, ByteDance,” while ByteDance’s chairman and CEO wrote a memo stating that the mandate “is unreasonable, but still within the legal framework, therefore as a company we have no options but to obey.”

U.S. policymakers are worried that ByteDance could give China access to the data TikTok collects from American users, an allegation repeatedly denied by ByteDance and the Chinese government, Marketplace’s Jennifer Pak reported.

The Committee on Foreign Investment in the United States, a government panel under the Treasury Department, is reportedly behind the 45-day deadline placed on Microsoft to make a deal.

CFIUS reviews transactions involving foreign investment in the U.S., determining whether they pose national security risks. Here’s a look at the committee behind the controversial mandate:

Dubai Ports World, a logistics company, had planned to buy the British-owned company P&O in 2006, which would have given DPW control over some facilities at six American seaports. CFIUS approved the transaction, which led to a bipartisan congressional backlash.

In a 62-2 vote, the House Appropriations Committee ended up rejecting the transfer. Lawmakers like Sen. Charles E. Schumer of New York expressed concerns that the ports could be “infiltrated” by terrorists, The New York Times reported.

A report from the Congressional Research Service said that the controversy prompted the George W. Bush administration to change the way CFIUS reviews foreign investment transactions. CFIUS was granted the ability to reopen a review of a transaction and to overturn its approval at any time. “This administrative change … meant that a CFIUS determination may no longer be a final decision, and it added a new level of uncertainty to foreign investors seeking to acquire U.S. firms,” the CRS wrote.

President Gerald Ford established the committee through an executive order amid concerns about an increase in investment by members of the Organization of the Petroleum Exporting Countries, or OPEC, in American portfolio assets, like corporate stocks and bonds, according to the CRS report.

3) The committee gained substantially more power through a 1988 provision

After it was formed, the report states, CFIUS “initially operated in relative obscurity” and had “limited authority to review and analyze data on foreign investment.”

But in 1988, concerns over investment by firms abroad, especially Japanese companies, led Congress to approve what’s known as the Exon-Florio Amendment. One example of an attempted deal was Japanese computer giant Fujitsu’s plan to buy U.S.-based Fairchild Semiconductor.

The statute granted the president the authority to block proposed or pending foreign mergers, acquisitions or takeovers. President Ronald Reagan delegated that power to CFIUS.

“While specific countries are not singled out, FIRRMA allows CFIUS to potentially discriminate among foreign investors by country of origin in reviewing certain investment transactions,” the CRS stated.

White & Case, an international law firm, wrote that a key impetus behind the amendment is to allow CFIUS “to review additional types of Chinese investment.”