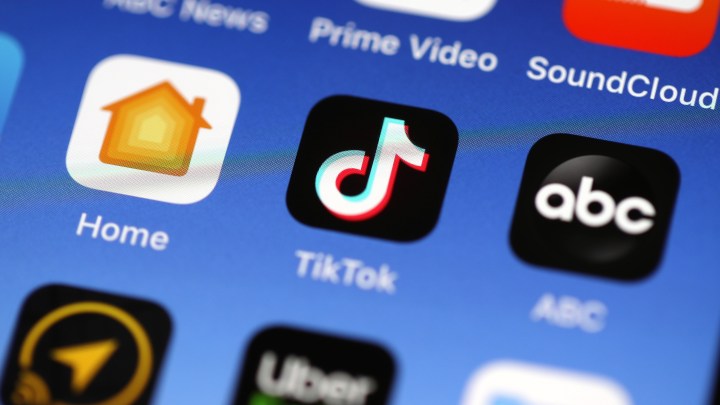 COPY
Some policymakers have said TikTok poses a national security risk because it could share U.S. user data with the Chinese government, something TikTok has repeatedly denied. Justin Sullivan/Getty Images
TikTok

Some policymakers have said TikTok poses a national security risk because it could share U.S. user data with the Chinese government, something TikTok has repeatedly denied. Justin Sullivan/Getty Images
Listen Now

The latest flare-up between the U.S. and China is TikTok, the video-sharing app. President Donald Trump threatened to ban the app Friday.

TikTok’s parent company, ByteDance, which is headquartered in Beijing, says that despite a possible ban in the U.S., it remains committed to its global audience.

U.S. policymakers are worried that ByteDance could let the Communist Party of China access the data TikTok collects from American users, an allegation repeatedly denied by ByteDance and the Chinese government.

Over the weekend, ByteDance released a statement on Chinese social media, saying the firm faces all kinds of “complex and unimaginable difficulties,” alluding to the U.S.-China trade tensions, plus cultural differences.

ByteDance also accuses Facebook, its competitor in overseas markets, of smear and plagiarism, no doubt referring to Facebook’s release of a TikTok-like product called Instagram Reels.

A memo from ByteDance’s CEO to its staff, leaked to Chinese tech news site Pingwest, says TikTok is committed to serve American users and has no choice but to sell its U.S. operations.

Microsoft confirms it is currently in talks to take over TikTok’s U.S. business, and maybe even business in Canada, Australia and New Zealand, too.