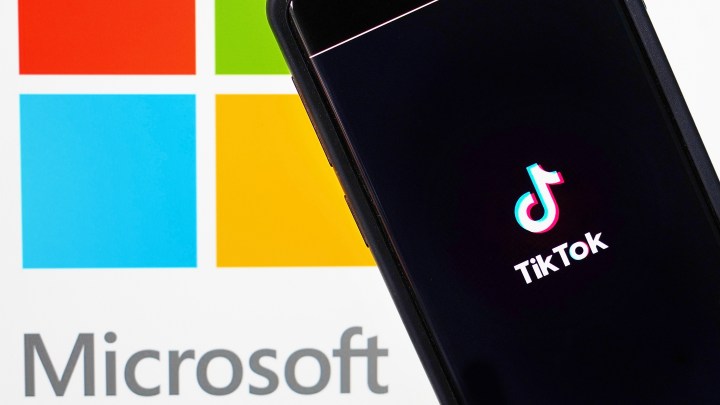 President Donald Trump is appearing to bless an American acquisition of TikTok, the blockbuster short-video app developed by a Chinese company, with one proviso: that the U.S. government get a “substantial” cut of the deal.

That has legal scholars befuddled to say the least.

Microsoft can “go ahead” with efforts to buy TikTok, the president said Monday, so long as the U.S. Treasury pockets “a substantial amount of money.”

Trump called this “key money” — that’s a real estate term for a special payment a tenant gives a landlord to seal a lease.

It’s common in commercial real estate, often illegal for residential landlords. As for the business of the country?

“No. This can’t be done,” said Bobby Chesney, professor at the University of Texas Law School. “There is a statutory provision that allows the Committee on Foreign Investment in the United States to recoup a relatively modest amount, but the maximum is $300,000. It’s not something the president or anyone else gets to just demand as a cost of doing business.”

Chesney is referring to the federal committee raising national security questions about TikTok. If the Treasury Department were allowed a cut to grease the wheels of a deal, it’d be hefty — TikTok’s investors value it at $50 billion. Trump said any sale to any U.S. company has to happen by Sept. 15.