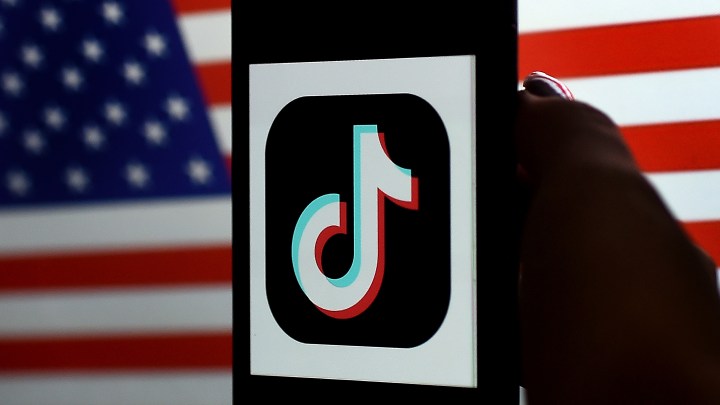 COPY
Pictured: The social media application logo, TikTok is displayed on the screen of an iPhone on an American flag background. Olivier Douliery/AFP via Getty Images

Pictured: The social media application logo, TikTok is displayed on the screen of an iPhone on an American flag background. Olivier Douliery/AFP via Getty Images
Listen Now

Thursday night the White House issued orders that start a countdown to ban Americans from doing business with two Chinese consumer apps with billions of global users: TikTok, the short-video sensation, and WeChat, the social networking behemoth. Marketplace’s Scott Tong has more, and the following is an edited transcript of his conversation with host Sabri Ben-Achour.

Sabri Ben-Achour: We’ve talked a lot about TikTok, which sends people endless feeds of, say, 15-second cat videos. But what’s WeChat and why is it in the crosshairs?

Scott Tong: WeChat is what’s called a super app. Imagine if you could use Facebook to call, text, play a game, count your steps, buy a latte, hail a ride — even file for divorce. You cannot exist without WeChat if you’re connected to China. But the Trump administration calls the app a “national emergency” threat, noting Wechat censors political chats, gathers data from say Chinese democracy activists and allegedly spreads disinformation. These orders mean that in 45 days, transactions with WeChat or TikTok from American persons or companies would be banned.

Ben-Achour: Can you give us an example of how this could cut off important communications?

Tong: If you’re ethnic Chinese living in, say San Francisco, how will you check in with your family on the mainland there? If you’re an American company trying to sell Coke or Buicks or a fitness app to 1 billion customers, typically you buy ads on WeChat. Probably can’t do.

You know, for decades the U.S. has blasted China’s internet — that the so-called “Great Firewall of China” blocks people from certain information. Now the criticism is that Washington is taking Beijing’s playbook, building its own electronic wall.

Ben-Achour: OK and finally, what might the response be from Beijing?

Tong: There’ll be something. We know that. Surely American companies doing business there — Apple, Microsoft, Intel — could be targets.