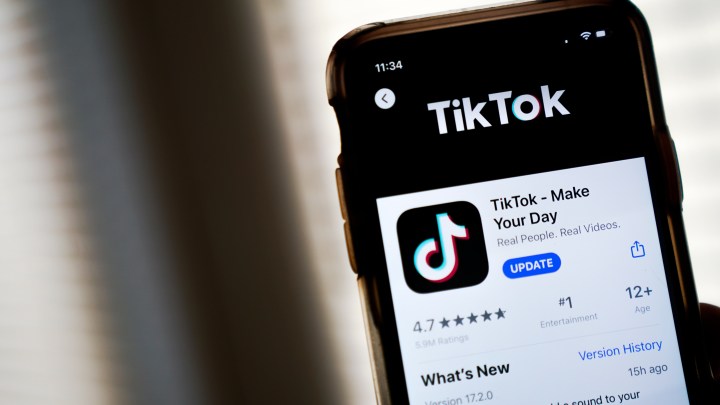 Video-sharing mobile app TikTok has achieved what no Chinese social media company has done before — becoming an American household name. It might not be the last one.

Time may be running out for Americans to download TikTok, the made-in-China video app sensation. The Trump administration is reportedly negotiating with TikTok, which is proposing a complex partnership with Oracle and Walmart to “Americanize” the app and ostensibly protect U.S. users’ data from being compromised. If the arrangement falls through, TikTok could disappear from app stores starting Sept. 27, under a Commerce Department directive citing national security risks.

But even if the deal proceeds and TikTok becomes a largely American entity, analysts said it might not stop China’s high-tech ecosystem from churning out the next big global hit, which could raise similar security concerns.

“A simple ban of TikTok doesn’t … address the momentum that the [Chinese tech] ecosystem has accumulated.”

“A simple ban of TikTok doesn’t really do anything. [It] doesn’t address the momentum that the [Chinese tech] ecosystem has accumulated,” Rui Ma, co-host of the Silicon Valley-based podcast called Tech Buzz China, said.

Let’s start at the very beginning: TikTok pushes short videos — mostly a minute or less — to users, the majority of whom in the U.S. are under the age 30. Globally, TikTok has garnered 2 billion downloads. It’s not available on China’s app stores, which instead offer Douyin, an alternate version. As of August, Douyin had 600 million daily active users.

Both Douyin and TikTok feed endless streams of short videos, each clip playing over and over until the user swipes up to watch the next one. At the outset, our two reporters do a lot of swiping, to do away with prank videos like this one.

In the U.S., TikTok fired a litany of clips featuring teens with consumer products at Tong’s phone, including this one. Swipe up, swipe up.

Each swipe tells TikTok what Tong dislikes, just as every time he pushes “like” teaches the app his preferences. How quickly does TikTok learn?

“I would definitely say [TikTok] caters the most out of the social media platforms I’ve been on,” Jake Albalate, a TikToker with the handle jake.whitemilk. Albalate is a college junior at Emerson College in Boston.

“It’s kind of insane” how quickly TikTok customizes content, Ashley Winegarden, a sophomore at New York University who created a TikTok video about NYU’s food-delivery challenges that garnered 1.8 million views, said. “Within days, it knew what TV shows I watch.”

The secret sauce: “A” is for algorithm

TikTok and Douyin divine users’ preferences through machine-learning algorithms developed by the parent company, ByteDance. The more information a user gives TikTok and Douyin, the faster the apps learn.

“With their content recommendation system, [ByteDance] can push content that is relevant to people in near seconds,” Du Chen, a tech journalist with the independent Chinese news site PingWest, said. This content algorithm is what ByteDance reportedly is seeking to retain, under its proposed deal with Oracle and Walmart.

“Aside from guessing what users like to read, we can also guess what products they like to buy.”

“Aside from guessing what users like to read, we can also guess what products they like to buy,” ByteDance founder Zhang Yiming said in a rare interview in 2014 with a Chinese television station. “Recommendation technology is a basic way to get information that can extend to any subject area.”

The company’s recommendation technology could transcend borders, Zhang said at the time.

Since then, TikTok has gone global, to the tune of 2 billion downloads worldwide. ByteDance hit the U.S. market in 2017, after purchasing a lip-sync app called Musical.ly (also from a China-based company), which had acquired a modest following among American teens. When ByteDance incorporated Musical.ly into its new app, TikTok, and added a button called “for you” to provide customized content, downloads really took off.

Another plus: Ease of use

American TikTok users also note that TikTok makes it easy to turn an idea into a cool video.

“Even if you don’t know what you’re doing, I’m pretty sure you can figure it out in a few seconds,” Gabriel Thayer, a high school junior in Springfield, Virginia, said (disclosure: Thayer is Tong’s nephew). In August, Thayer got in on a timely trend — just as users posted videos mocking the rapper star Gunna’s appetite — and posted his own TikTok that has since attracted 2.7 million views.

“How many times am I going to see [my cousin’s] kids on Facebook, you know?” Mears said. “But TikTok shows you so many different things. I’ve seen this one guy, he’s a nurse, I don’t know if he’s retired. But he’s the funniest guy ever.”

Good execution. Tech innovation. For Americans, those are not qualities typically associated with Chinese companies. But tech firms there have to innovate and be nimble to survive the competitive China market. It’s filled with video app rivals with names like Bilibili, AcFun and Kuaishou. Some of these competing products are backed by Chinese tech titans Alibaba and Tencent.

One example of the cutthroat market in China: When Pak in Shanghai tried to send Tong (in Washington) a viral video featuring cute Chinese kindergarteners bouncing basketballs via the WeChat messaging app, the clip did not go through. That’s because WeChat blocks users from opening links from rival products.

Douyin advertisements also are not carried by WeChat or other rival platforms in China. So when ByteDance started out, it had to be creative with its marketing.

“Most notably is [ByteDance’s] pre-installation [of its apps] on the maybe tens, if not hundreds of millions of new smartphones being sold in China every year,” tech journalist Du said.

To set up her Douyin account in China, Pak provided her mobile phone number, which is linked to her passport in government files and registered with the Chinese police. In China, all internet companies require users to register with their ID cards or passports.

Tech firms inside China are also required to censor questionable content, to avoid trouble with government authorities. That censorship may have traveled abroad.

In the U.S., critics have accused TikTok of censoring content that makes the Chinese government look bad, including protests in Hong Kong. That is one reason the Trump administration wants the app shut down or managed by an American company like Oracle. A White House executive order states that data TikTok gathers on American users could fall into the hands of the Chinese Communist Party. TikTok’s creator, ByteDance, has denied ever sharing user data with the party.

Government interference isn’t new to ByteDance. Two years ago, the Chinese media regulator ordered the firm to shut down its popular joke app, Neihan Duanzi, for vulgar content. ByteDance had no means of appeal, but later relaunched a clone of the joke app, called Pipixia.

In June, TikTok got booted from India, one of its top markets, along with many other Chinese apps. This followed a border skirmish between India and China. Some Chinese apps nonetheless found their way back into the Indian market.

“I’ve heard that many of [the banned Chinese-made apps] have launched different versions, which are not banned in India. Sometimes they call them lite versions, so that they could keep on serving Indian users,” Du said.

After TikTok: The next Chinese export?

Given the competitiveness of the Chinese market and the advanced technological abilities of its artificial intelligence companies, many analysts predict the next global killer app after TikTok may also come from China.

One possibility: video e-commerce. Chinese TikTok allows users to click and shop for products, directly in the app.

On Pak’s Douyin feed, she spotted a live feed from a fruit farmer hawking juicy mangos. She clicked to buy, and without ever leaving the app bought three pounds of mangos on the spot. Price: $3 U.S., shipping included.

Since then, Pak’s feed has been overwhelmed by food clips, as has Tong’s after he viewed this mesmerizing barbecue video over and over. The machine indeed learns.