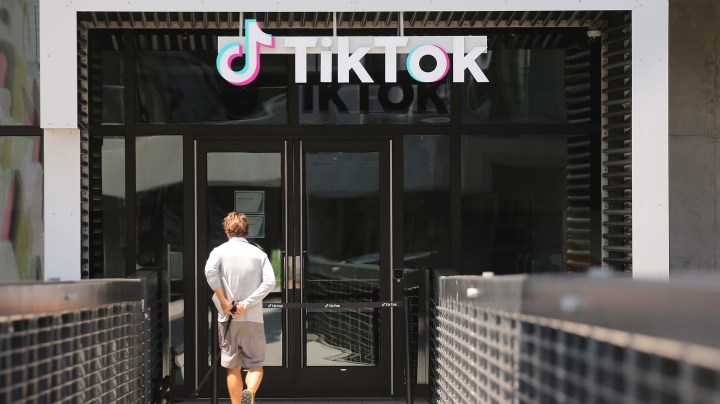 The Chinese video-sharing app TikTok is close to forming a partnership with U.S. tech giant Oracle. The deal isn’t exactly a sale, but it might allow TikTok to escape from President Donald Trump’s executive order that threatened to ban the app in the United States.

Sources have told Chinese state-run media that one thing that won’t come packaged in that partnership with Oracle is TikTok’s source code — its algorithm.

TikTok has been one of the most downloaded apps in the U.S. It’s full of short and snappy videos that stream on a loop to users in over 150 countries. Every time someone likes or swipes on a video, the data is fed to the app’s parent company, ByteDance. Its machines use the data to learn what users want to watch next, much like other social media apps.

But ByteDance has been investing in this technology for years. The result: an app that can tailor content for users within seconds. Shanghai user Ouyang Guangcai said she’s hooked.

She said she limits herself to only 30 minutes a day on TikTok’s China version, Douyin, otherwise she’ll keep watching health videos and never go to sleep.

Her partner, Cui Tiansheng, said he gets neck cramps from watching Douyin clips on his cellphone.

They are among the 400 million daily Douyin users in China and tens of millions of American TikTokers, whose viewing data forms the base of the algorithm behind TikTok.

“They use the data to improve the content recommendation, right. And that cultivates user loyalties,” Chen said.

And that user loyalty might be at stake if TikTok gets passed off to a U.S. company without the key to its algorithm.

So even if Oracle gets to run TikTok’s U.S. arm, the deal might not be a slam dunk after all.