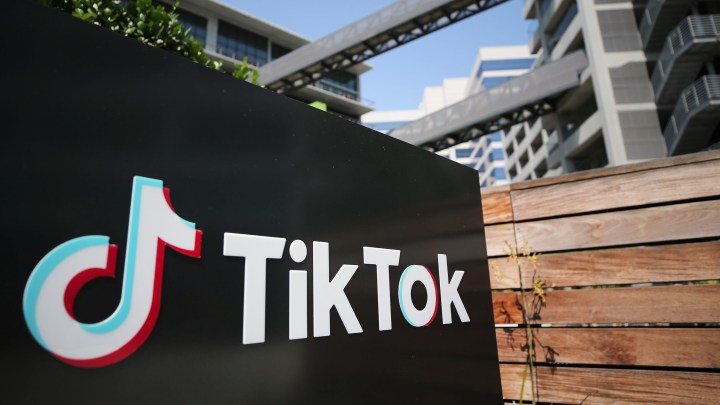 COPY
A TikTok office in Culver City, California. Both Oracle and Walmart are interested in data. Mario Tama/Getty Images
TikTok

A TikTok office in Culver City, California. Both Oracle and Walmart are interested in data. Mario Tama/Getty Images
Listen Now

Downloads of TikTok were supposed to be banned in the U.S. as of today over concerns about user data and national security. But a deal between the China-owned TikTok and two U.S. companies has averted social media doom, for now.

Tech firm Oracle and mega-retailer Walmart together plan to form a new entity, to be headquartered in the U.S. Each would get a stake in the company — and some other things too.

For Oracle, the deal is really about growing its cloud storage business. It rents server space to other companies, like Zoom — and soon TikTok — so they can store their data.

But that business is a lot smaller than its cloud competitors’. Amazon, Google and Microsoft have a lot of very large data centers, and that’s an asset, said John Freeman, vice president of equity research at CFRA Research.

“An entire data center can go down, they could keep on chugging,” Freeman said. “That’s the kind of reliability that you get when you have that kind of scale.”

He says getting bigger, thanks to this TikTok deal, could help Oracle land even more high-profile, lucrative contracts.

As for Walmart, this partnership is also about data — the kind TikTok and other social media platforms collect on their users.

“They are tracking engagement, time spent, what you’re looking at, where you came from, and then any click-throughs,” said Lei Duran, a senior vice president at research firm Kantar.

That could help Walmart figure out what’s trendy, particularly among the people who tend to use TikTok. You know, the youths.

“With TikTok, you’re getting a global audience with highly engaged users, in a demographic that retailers across the world are seeking to better understand,” said Adam Pressman, a managing director at consultancy Alix Partners.

There is some risk here for both companies. Sure, TikTok is the hot social media app right now, but maybe in a couple years, “TikTok’s 10-year-old to 18-year-old demographic, you know, uses ‘Mik Mok’ or ‘Loop Loop’ or something … whatever the next flavor of cool mobile app is,” said Freeman.

Also, buying a stake in TikTok could put both companies in the middle of the endless fights between the U.S. and China over technology and everything else.