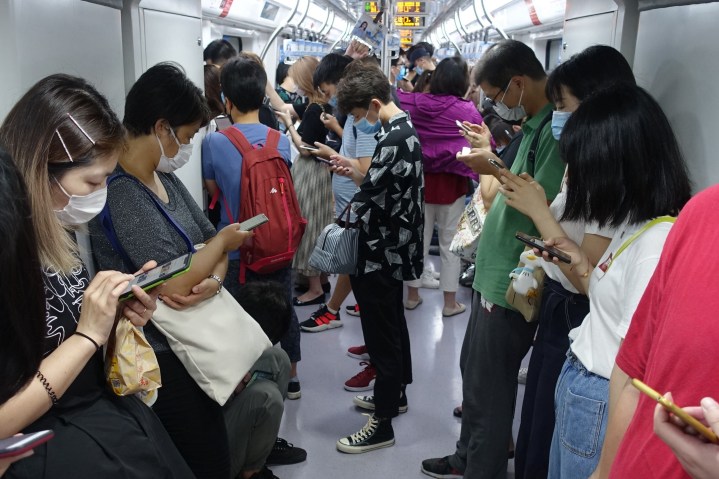 College student Qian Xinyu in Shanghai has a lot of apps on her smartphone, and most Americans may not have heard of them.

“I use WeChat, Weibo, Bilibili, iQiyi and Tencent videos,” she said.

“This is a denial of the principle of market economy and fair competition that the U.S. has always flaunted,” Zhao said.

However, Chinese officials seem to ignore the fact that they put up many obstacles for U.S. tech firms to operate in China.

While there is no blanket ban against U.S. tech giants, the Chinese government wants to control the flow of information in and out of the country.

In theory, YouTube could apply to operate in China.

“YouTube is considered media. Online video is considered media and to be able to offer that service, you need a special type of license,” said Oscar Ramos, a partner at Chinaaccelerator, which assists internet startups and is part of the global venture capital fund SOSV in Shanghai.

However, those licenses are limited in number and often not allotted to foreign firms.

Even if YouTube got the license, it would have to self-censor, such as Apple and LinkedIn have in China.

“The rules in China have been very clear. You can like them or not and those rules are applied to companies, regardless of where they come from,” Ramos said.

In other words, China’s rules are not targeted at just U.S. firms.

Media companies aside, there is room for American tech firms to compete on a level playing field in the Chinese market, such as Airbnb. However, some big U.S. names couldn’t quite crack the Chinese market – like eBay.

“The strategic decisions that they made [bringing] in a global playbook that worked really well in other parts of the world [didn’t] work in a market that was big enough for local players to try to do things their own way,” Ramos said.

At the same time, Chinese tech firms have been operating in the U.S. with unfettered access – until now.

The Trump administration’s executive orders to ban WeChat and TikTok are seen as some form of retaliation among the Chinese tech community, according to journalist Du Chen with the independent Pingwest Chinese news site.

“[The Chinese tech community] tend to think, ‘OK, this is the hand that we’re dealt with [and] we’ve got to improvise on that,’” Du said.

“People are […] aware that this was almost the same [way] China blocked and is still blocking U.S. companies for national security concerns.”

The impending ban on WeChat and TikTok does not sit well with a lot of ordinary citizens on the streets of Shanghai.

“The U.S. is using free trade as an excuse to stop China’s rise,” Zhao Liangwei, a college junior, said.

The potential ban on Chinese apps could hurt some users more than others.

For example, WeChat is a more popular way to reach people in China than regular phone calls.

“[If the ban is put in place, it] would make Chinese people abroad lose the most convenient way to communicate with people in China,” college student Qian Xinyu said.

“The ban will worsen the [tech] cold war between China and the U.S.,” Qian said.