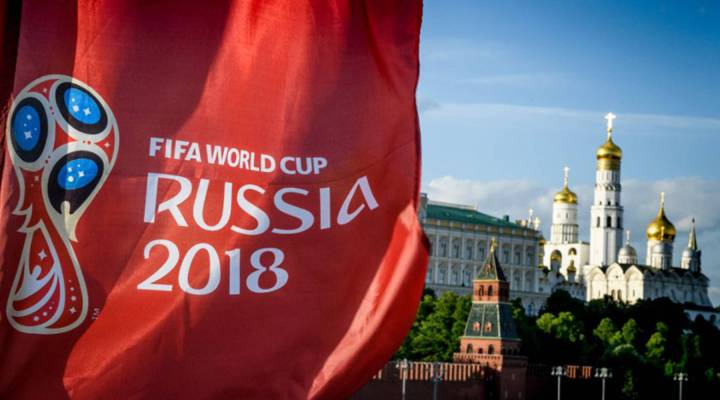 This year, the FIFA World Cup soccer tournament is taking place in Russia and more than 3 billion people are expected to watch. Those numbers mean a lot for a pair of brands that have come to dominate marketing in the World Cup: Nike and Adidas.

With the World Cup, most folks just root for their favorite team, but if you work for either of these sports apparel juggernauts, you’re probably hoping one of the soccer teams your company sponsors makes the final. Denise Lee Yohn, author of “What Great Brands Do,” said there’s an irony here.

“The World Cup is supposed to be about soccer, but it’s really about these two brands,” she said.

As the tournament’s official sponsor, Adidas’ brand and logo will probably be seen more often. It will supply the official ball and will equip the referees, volunteers and ball kids. Jim Andrews, senior vice president with marketing consultancy ESP Properties, said being the official sponsor just isn’t as big a deal as it was 20 years ago.

“Today, I think it’s a lot less important,” Andrews said. “Somebody who is not an official sponsor can still create a real connection with this tournament with players and with the teams.”

The other sponsors can forge that bond by, for example, creating Facebook profiles of players or selling national teams’ jerseys on Instagram or Twitter. Adidas spends $80 million to be the World Cup’s official sponsor and another $200 million on advertising the 12 teams it’s sponsoring. Nike has 10 teams and is expected to shell out at least $1 billion.

Ben Sturner, CEO of the sports marketing firm Leverage Agency, pointed out that Nike spends a lot on the U.S. national soccer team and the United States didn’t make the cut this time around.

“People don’t really think about that, but U.S. not being in the World Cup is not good for Nike,” Sturner said. “That’s why I think Adidas has the upper hand in this year’s World Cup.”

Adidas has dominated the soccer space for decades. This year, the brand seems to be focusing on sponsoring celebrity players and hot teams.

“It is the world’s biggest sport. So you have to do what you can to make inroads,” Dorfman said. “You probably have to be a little edgier and do something out of the ordinary to stand out.”

Nike is trying to stand out by offering snappier slogans and cooler apparel. Nigeria’s Nike-designed jersey sold out only hours after it was released to the public.

In the branding battle of the World Cup, Nike’s still the underdog. But the great thing about competition is you never know who is going to come out on top.