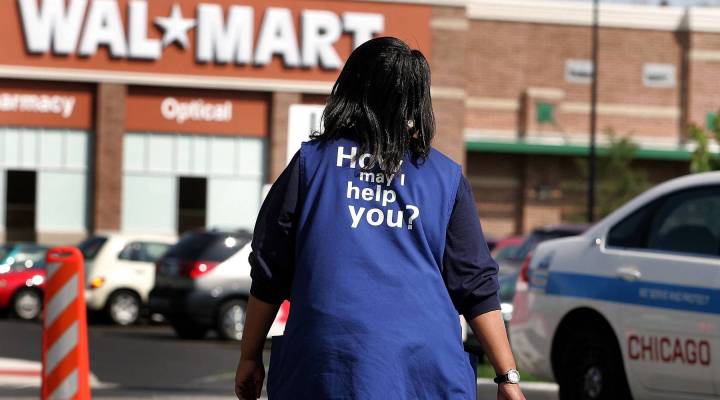 Walmart workers could see their wages go up as soon as next month. The company announced today that it is raising its starting wages to $11 an hour and expanding its parental leave policies. Up till now, Walmart workers were paid $9 an hour to start and then were bumped up to $10 an hour after they completed their training. Workers will also receive bonuses based on the length of their employment, Walmart said. Workers who have worked at the company for 20 years will receive a $1,000 bonus while workers with less than two years at Walmart will receive a $200 bonus.

Walmart CEO Doug McMillon said these changes were possible thanks to the tax reform bill, which President Donald Trump signed into law in December.

Walmart is the latest in a long line of companies that have announced some kind of a raise, bonus or increase in benefits following the passage of the 2017 tax bill. Thanks to the new law, corporations will see their 2018 tax rate slashed from 35 percent to 21 percent.

While the raises and bonuses are great for the workers, some economists warn against crediting tax reform, despite what the companies say.

“I think all of the recent bonus announcements are PR,”  said Josh Bivens, director of research at the Economic Policy Institute. “Forty percent of American workers get bonuses every year. To trumpet them right after this tax cut is nothing, in my mind, but announcing to the world that you — as a corporation — are happy indeed that your taxes have been cut.”

“Certainly some of that is probably PR,” agreed Joe Rosenberg, senior research associate at the Urban-Brookings Tax Policy Center. “Some of the companies that have announced [bonuses and wage increases] were very active in lobbying for the bill. There was this advocacy group called the RATE Coalition that has for many years been lobbying and advocating for a significant reduction in the corporate tax rate.”

Among the members of the RATE Coalition, which stands for Reforming America’s Taxes Equitably, are Macy’s, Walmart, AT&T and Verizon.

A lot of the news around these bonuses and wage increases is “a bit of a distraction,” according to Scott Greenberg, senior analyst at the Tax Foundation. Why? Because “virtually all” economists agree that workers will benefit from the corporate tax cut. They just don’t agree on how much, he said.

“However, it’s also generally acknowledged that when workers benefit from corporate tax cuts a lot of the benefits don’t come right away,” he added. The economic theory goes something like this: a lower corporate tax rate encourages investment which would lead to an increase in business productivity which economist say would lead to higher wages. All of that takes time. It does not happen overnight.

Except economic theory also doesn’t always come true in the real world. It is also possible that not many companies will invest the money saved through tax cuts and instead will pass it on to their shareholders.

“The standard theory would suggest that in the early years of a corporate tax cut the majority of the benefits accrue as a windfall to the owners of the business and only over time do those benefits translate into gains for workers as well,” Greenberg explained.

When the Trump administration was trying to sell the public on the tax proposal, they promised that workers would see gains of about $4,000 over eight years. That’s quite a while.

“I think a useful distinction can be drawn here between companies that give bonuses and companies that increase wage levels,” Greenberg said. “[A bonus] is a one time payment that doesn’t necessarily assess the underlying profitability of a business going forward. Whereas companies that are increasing wages are actually committing to a higher rate of compensation for their workers indefinitely.”

According to him, bonuses are more likely to be a gesture of public goodwill whereas raising wages or increasing a 401(k) match or extending parental leave policy could be connected to real economic incentives and have long-term effect on workers.

However, considering the current labor market, companies might have made some of these changes even if corporate taxes were not reduced.

It’s very likely that some of these companies would have had to raise their wages anyway in order to attract potential workers. In a tight labor market with a 4.1 percent unemployment rate, employers are having a difficult time finding workers to fill their openings. For example, about 78 percent of construction companies said they were having a hard time finding qualified workers, according to a report from the Associated General Contractors of America.

“The economy is doing fairly well and we’re at the point of the economic expansion coming out of the recession in 2009 and 2010,” pointed out Rosenberg. “We’ve seen the unemployment rate drop from as high as 9 or 10 percent down to about 4 percent unemployment. So this is exactly the type of economy that should be generating wage gains and benefits to the workers. As the availability of workers is more scarce, there’s more pressure to bid up wages.”

Wages growth continues to be one of the things lagging throughout this recovery and economists were expecting it to pick up this year — with or without tax reform. Back in October, before the tax reform bill passed, Target raised its wages to $11 an hour and committed to paying its workers $15 by 2020. 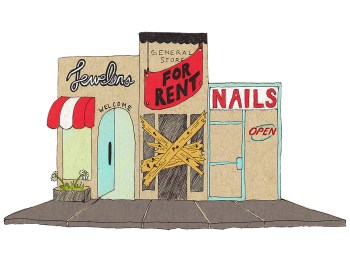