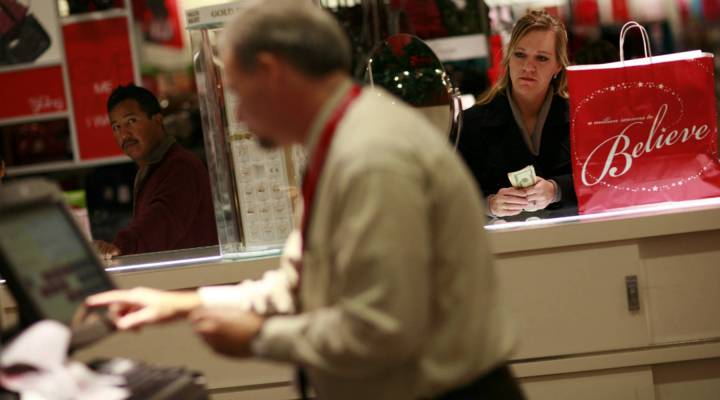 COPY
A view of a J.C. Penny department store in Fort Worth, Texas. Tom Pennington/Getty Images

Over the course of the year, about 12,000 retail stores are expected to close.

While these store closings reach into communities and livelihoods across America, this trend still has not — by and large — become a front and center public policy issue.

However, change is rumbling underneath the surface, with union leaders pushing for retail workers to band together and gain greater protections. Stuart Appelbaum, the president of the Retail Wholesale and Department Store Union, joined us to discuss some of the issues retail workers are facing and the future of unionization.

Appelbaum: We’re seeing it right now. When you speak to a retail worker, the first thing they tell you about is not wages. It’s schedules. They want more hours to work. And we see different jurisdictions throughout this country passing legislation, impacting the lives of retail workers. And that’s going to continue and that’s going to grow.

Brancaccio: The e-commerce companies that are doing all this hiring are generally pretty resistant to having the union, and they’re working pretty hard to keep you out. You’ve noticed this, right?

Appelbaum: Many companies have worked to keep us out over the years. We’re not going away. I’m more optimistic today than I have ever been. People understand that they need a union, and it’s being reflected in what’s happening in our organizing campaigns.

Brancaccio: So you’ve never been more optimistic, but the numbers of retail jobs is dwindling, so it’s hard to stay optimistic, isn’t it?

Appelbaum: Not at all. I am enthused whenever I meet retail workers who talk about the need to come together collectively and have a collective voice. One thing we were able to do in recent negotiations with Bloomingdale’s was to address the needs of workers who earn their living through commission sales. With e-commerce, people come in, they look around, they see what they like, they spend time with a sales person. Then they go home and order the item online. We’re addressing issues like that. We’re addressing that in the workplace and we’re making a difference there.