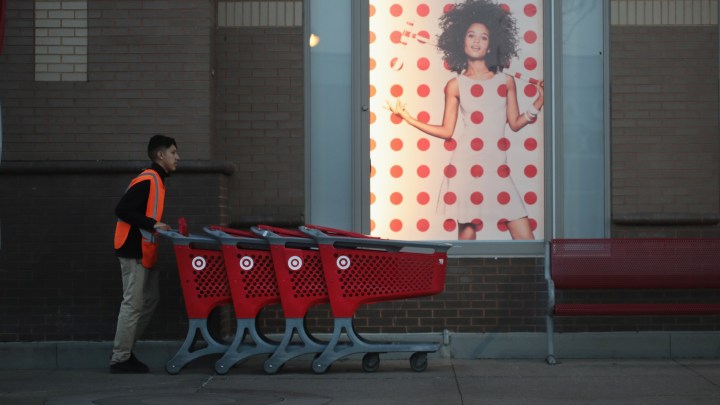 COPY
Target announced that it will be closed on Thanksgiving Day going forward. Scott Olson via Getty Images

Target announced that it will be closed on Thanksgiving Day going forward. Scott Olson via Getty Images
Listen Now

The retail chain Target just informed its employees that they’ll be able to spend Thanksgiving Day with their families going forward. The chain has been opening its doors on the fourth Thursday of November since 2012 — with the exception of last year due to the pandemic.

This year, all of the chain’s nearly 2,000 stores will be closed for the holiday. And there are a few good reasons to keep their doors shut for this year’s holidays.

Staffing a store on a holiday can be expensive even in normal times, and this labor market is anything but normal, said labor economist Teresa Ghilarducci at The New School.

“You know, the pay for retail workers, for workers in food service are going up faster than inflation and faster than the national average,” she said.

That’s because many retailers are having trouble hiring workers in the first place and are worried about losing the employees they already have, said analyst Brian Yarbrough at Edward Jones.

“So I think a lot of retailers are doing everything they can to make sure their employees are happy,” he said.

Business owners are well aware that employees have plenty of opportunities to move into new jobs.

“I don’t think we’ve seen a whole lot of that,” said Randy George, co-owner of Red Hen Baking Company in Vermont. “But it’s certainly on my mind.”

For the first time in 22 years, George is giving his bakers Thanksgiving and Christmas off.

He knows that work has been stressful over the past couple of years.

“We are in a really labor-intensive business, and we absolutely depend on everyone being here. You know, it’s also not the type of job where you can say, ‘Oh, you know, I’ll take the day off and make it up next week,’ or something like that.”

George takes pride in being able to deliver fresh bread seven days a week, year-round. But this year, he said he can afford to give up a few days of sales.