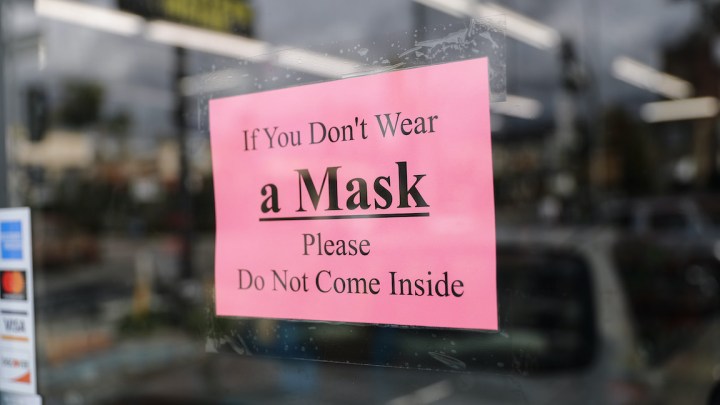 The Centers for Disease Control and Prevention put out new guidance Thursday, saying that vaccinated people no longer need to wear a face mask indoors in most settings. Still, local governments and businesses are permitted to require them. Mask mandates have been tricky, even dangerous, for public-facing businesses to navigate.

One person dealing with this is Arthur Gathers, a meat and seafood clerk at a Kroger market near Richmond, Virginia. Retail workers around the country have been harassed and physically attacked while enforcing mask mandates. Gathers said he’s been looking forward to the day he’ll no longer have to deal with the issue. “It’s going to be a very nice thing if it gets to that point.”

But he doesn’t think that point is now. Though he is fully vaccinated, he worries that some people who aren’t will use the new guidance as an excuse to go unmasked, and they’ll spread the virus. At age 65, he’s concerned about variants that vaccines might be less effective against. “So it’s still scary,” he said.

Kroger has announced it will continue to require masks for the time being, as have Target, Starbucks and Home Depot. Other stores are reviewing their policies.

“The updated guidance has created an impossible situation for retailers,” said Lisa LaBruno, senior executive vice president of retail operations & innovation with the Retail Industry Leaders Association. “There is now ambiguity in expectations, both from retail team members and from customers.”

LaBruno explained that retailers have to weigh the safety and comfort concerns of workers and customers and consider local COVID-19 infection numbers and laws.

The ambiguity is already affecting Karen Clark, who owns a vintage shop outside Santa Barbara, California, where a statewide mask mandate is still in place. “As soon as the news broke,” she said, “we had people coming in the store without masks, and we said, ‘You know, you need to wear masks in our shop,’ and they’re like, ‘Well, we don’t have to anymore.'”

Medical evidence does suggest that vaccinations will drive down cases enough to make mandates unnecessary. However, a lot of businesses aren’t ready to rip off that Band-Aid, or mask, just yet. 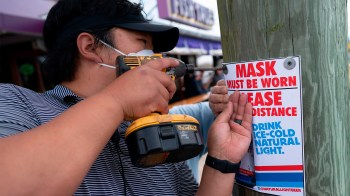