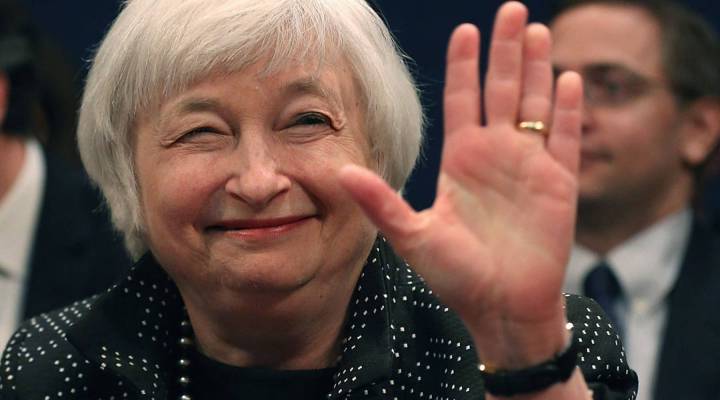 Come February, Janet Yellen will be out of a job. Throughout his campaign, President Donald Trump hinted that he would replace the Fed chair when given the chance. With Yellen’s first term up in a few months, today the president nominated Jerome Powell to take her spot.

What do former chairs do after they no longer form our country’s monetary policy? A couple of things.

Here are some of Yellen’s options post-Fed:

Go back to academia

In addition to her work at the Fed, Yellen has had a great career in academia. From 1971 to 1976, she was an assistant professor at Harvard University. From 1978 and 1980, she served on the faculty of the London School of Economics and then went on to be a professor of economics at the University of California, Berkeley. After her term at the Fed is up, Yellen could very well go back to teaching economics.

After he left the Fed, Ben Bernanke not only joined the Brookings Institution as a distinguished fellow but he also scored a couple of advising gigs. Bernanke first announced that he was going to be advising investment firm Citadel LLC. His second advising role was at Pacific Investment Management Company, or Pimco. Investment firms and other companies will pay good money to get insight into the Fed’s thinking. What better way to figure out what Fed might do next than ask the former Fed chair?

Go into the private sector

In addition to advising companies, Yellen could actually sit on their boards. She would not be the first former Fed chair to do so. William Martin, who served as fed chair from 1951 to 1970, served on the boards of corporations like American Express and IBM.

Yellen could also decide to follow in the footsteps of Eugene Meyer, who served as Fed chair from 1930 to 1933. After leaving the Fed, Meyer went on to be the publisher of the Washington Post.

Remain in the public sector

Meyer did not devote all his time post-Fed to newspapers. In 1946, he became the first president of the World Bank on the behest of President Harry Truman. Similarly, Arthur Burns — who was Fed chair from 1970 to 1978 — served on the bipartisan Committee to Fight Inflation, chaired President Ronald Reagan’s Task Force on International Monetary Policy and even served as ambassador to Germany. Another former Fed chair that came back to serve in the public sector was Paul Volcker, who served on President Barack Obama’s Economic Recovery Advisory Board from 2009 to 2011. During that time, Volcker made significant contributions to the Dodd-Frank regulations.

It is very likely that Yellen could find another role in the public service.

This is another popular option. After all, who would not want to help shape their narrative and legacy? After he left office, Bernanke wrote a memoir, “The Courage to Act.” He is not the only one. Alan Greenspan, who served five terms as Fed chair, also wrote a book, “The Age of Turbulence: Adventures in a New World.”