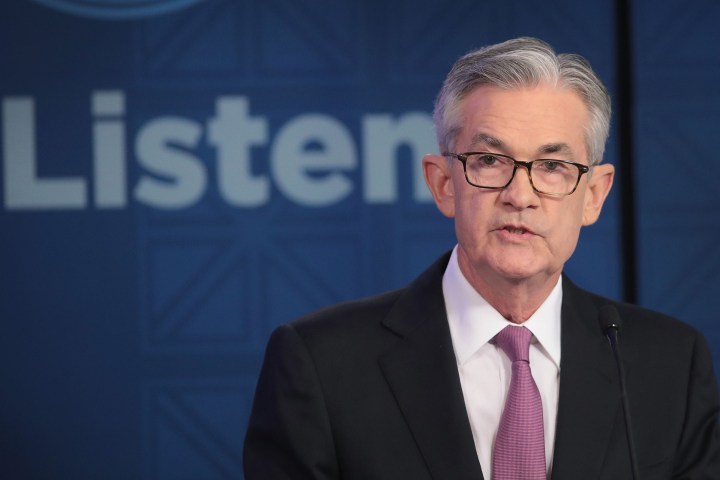 The Federal Reserve has revealed it may no longer be “patient” about its interest rate decisions.

It’s a significant word the Fed introduced in a policy statement after its January meeting, indicating it wanted to hold back on any hikes or cuts to its benchmark interest rate.

The Fed’s latest statement, released on Wednesday, indeed announced plans to maintain its federal funds rate at a range of 2.25% to 2.5%. But the absence of the word “patient” in the latest Fed statement suggests the central bank may be getting ready to make adjustments — specifically in the form of a rate cut amid signs of a slowing economy.  (The Fed typically ends up cutting rates in a weak economy and hikes them in a strong one.)

The lower the rate, the less it will cost credit card companies and banks to borrow money, which can mean cheaper loans for you.

These Fed statements, released shortly after every meeting, might seem dense and follow a very similar template, but they can reveal a whole lot about the Fed’s future decision-making.

“They tell us what the Fed sees in the economy, and then what steps it’s going to be taking,” said Sarah Binder, a political science professor at George Washington University.

With the Fed’s careful approach to its messaging, we took a look at some of the most commonly used words in policy statements released under both Fed Chair Jerome Powell and former Fed Chair Janet Yellen.

“Inflation” is a key term that dominated policy statements under both Fed chairs. That shouldn’t be a surprise given that one of the Fed’s mandates is price stability, which Binder said is basically making sure inflation is under control.

The Fed specifically works to keep inflation from rising above 2% (also a key phrase from these statements).

Back in the ’70s, the United States underwent a period of high inflation, with the rate nearly reaching 15%. That crisis ended up scarring the central bank, according to Neel Kashkari, president of the Minneapolis Fed.

“We are much more worried about high inflation than we are low inflation,” he said.

The word “will” also appeared dozens of times in statements under Yellen’s and Powell’s leadership, arguably highlighting the Fed’s reliance on “forward guidance” — a term used to describe the Fed’s strategy of communicating future plans.

Binder said this method was especially used in the aftermath of the financial crisis under former Fed Chair Ben Bernanke and Yellen.

“In order not to spook the markets, the Fed regularly releases notes from its meetings, holds a handful of press conferences a year and even releases its economic forecasts,” reported Marketplace’s Jana Kasperkevic. “Just as your landlord might notify you that the water might be shut down in a week for construction, so does the Fed try to give advance notice to the markets about how many rate hikes it expects each year.”

In the days of yore (or at least before 1994), policy decisions weren’t announced and investors had to “infer policy actions through the size and type of open market operations in the days following each meeting,” according to a report from the Federal Reserve Bank of New York.

But now we can all dissect them to our heart’s content — like Ming Jia, a trading manager at Betterment.