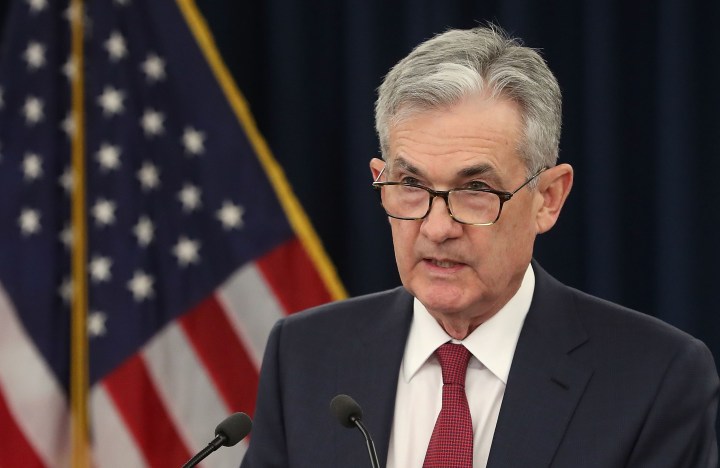 Statements from Federal Reserve Chair Jerome Powell — even a couple of words — can cause the markets to plummet or rise.

During periods of economic growth, the Fed has typically ended up raising rates. Shortly after he started as Fed chair, Powell said the U.S. “economic outlook remains strong.” That optimism suggested the Fed would go forward with faster rate hikes, scaring investors. The Dow dropped as a result, once again illustrating that the stock market is not the economy.

Here’s a sample of how some of Powell’s statements have caused one major stock index, the Dow Jones Industrial Average, to panic or celebrate:

In November, during a speech to the Economic Club of New York, Powell said the benchmark interest rate was “just below” the neutral level. Investors took that as a sign that the Fed was close to holding off on hiking interest rates, causing the Dow to rise.

A few weeks later, the Dow fell after the Fed hiked its benchmark interest rate and Powell said the Fed would keep its balance sheet runoff on “automatic pilot.” That means the Fed is reducing its balance sheet by “making fewer purchases as Treasury and mortgage-backed securities it holds mature,” according to CNBC, which traders saw as a path to tightening.

But in January, Powell walked back those previous comments and said the Fed “will be prepared to adjust policy quickly and flexibly,” which helped push the Dow higher.

In another instance showing the inverse relationship between economic outlook and market reaction, Powell recently said “uncertainties around trade tensions and concerns about the strength of the global economy continue to weigh on the U.S. economic outlook.”

The message behind that: Get ready for a rate cut soon.