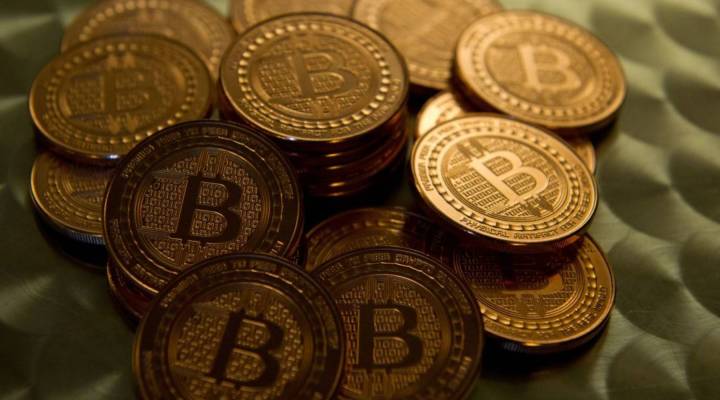 Perhaps you’ve seen the term ICO, or initial coin offering, pop up recently in your business news. It’s a whole new system of money being traded in the digital world, helping startups grow. They’ve raised nearly $2 billion, according to some estimates. But they’re also under scrutiny because they’re not regulated like regular money. China banned ICOs earlier in September, and U.S. regulators have been criticizing them more.

So what are ICOs and how are they different from a traditional investment? We’ll get to that here. But there’s a whole bunch of jargon you need to know first.

Bitcoin: To understand ICOs you need to first understand bitcoin. It was the first cryptocurrency, designed to be used like cash online. Transactions are made without a middle man, meaning, the exchange doesn’t pass through a bank and incur any related fees. It means people can buy things anonymously. They’re not specific to a country or government, which means one bitcoin in China is worth one bitcoin in the U.S. It makes them cheap and easy, but it also means they’re not insured.

Bitcoin futures: The first bitcoin futures started trading Dec. 10  on the Chicago Board Options Exchange, and their price gained as much as 26 percent in that opening session. A bitcoin future is, in theory, the same as any future contract for any other stock or currency — futures allow you to buy or sell assets at a specific price to be paid on a specific date. It’s basically a bet that the return in the future is going to be in your favor. Futures are traditionally used for commodities like pork bellies or oil.

Blockchain: This is the tech behind bitcoin. It’s a database of sorts that allows bitcoin to function without having an authority, like the bank, controlling it. Instead of an accountant tracking your transactions, there’s blockchain, keeping an Excel-like spreadsheet of all the admin. “That’s something that in time is potentially as big a technological revolution as the internet,” said Kevin Werbach, a Professor at the University of Pennsylvania’s Wharton School. “However, it’s going to take time to unfold. Much of it is going to be behind the scenes.”

Initial coin offering: ICOs are a way to raise capital. They allow startups to create their own exchange economy that let’s them bypass traditional bank and venture capital funding. You could think of them as digital coupons that investors can trade, hoping that their value will rise with the company’s. Unlike traditional venture capital, this doesn’t give the investor any ownership of the company, which makes it much riskier for the investor. Like bitcoin, ICOs are not regulated by the government.

Venture capital: Traditionally when startups raise money, they’re looking for cold, hard cash. A venture capitalist invests money in the company and in return, they own a percent of the business. The investor cashes out when the company gets bought by a bigger company or when it goes public.

Andy Uhler contributed to this guide.